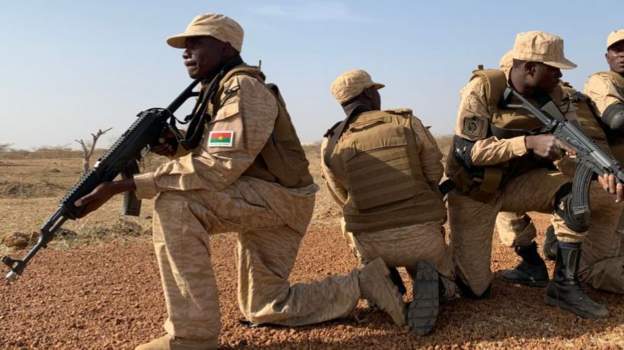 In a statement read on state TV, the president named Col-Maj Ouédraogo Gilbert as the new head of army.

Col-Maj Somé Vinta was named the new deputy head of the army, while Col Ouédraogo Souleymane is the new head of the air force.

Burkina Faso has seen an escalation in violent jihadist violence since 2015 which has displaced more than a million people.

Some 20 soldiers were killed last week in the north-central province of Sanmatenga.