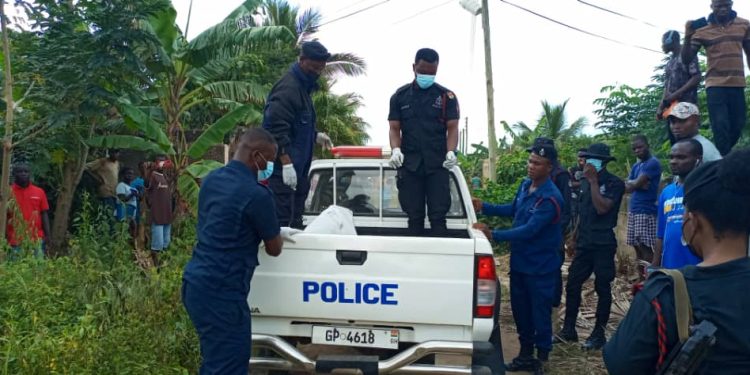 The charred remains of an unidentified man have been found at Fiifi, a suburb of Gomoa Nyanyano in the Central Region.

Residents of the area woke up to the gruesome scene of the deceased individual at an abandoned structure in the area.

“We woke up this morning only to be told by a neighbour that someone has been burnt and killed at a house close to us, so we had to come and confirm, and we found out that it was true.”

“There was burning taking place late Sunday evening, and we thought it was a neighbour burning his rubbish only to find out this morning that it was rather a human being they were burning,” Francis Okyere a resident told Citi News.

Another resident lamented the increasing crime rate in the area, urging the police to beef up security in the town.

“Because Kasoa is choked most people have moved from Kasoa and have settled here at Fiifi making the crime rate in the area high. We have even requested streetlights from the assembly because they promised to support us. So we are waiting for them.”

“But the Police are also saying they don’t have logistics like vehicles to be moving around the community at night, and we are appealing to the assembly to support in that direction other than that crime rate will still be high” another resident lamented.

Richard Nyame, another resident, urged the Inspector General of Police to be up and doing in the fight against crime in the region, adding that the police response time to crime is very slow.

“When someone assaults another person, and you call the police, their response time is within 10 minutes but when it’s about crime, robbery, and you call them it takes them forever to respond, and it is worrying,” an angry Richard Nyame said.

Officers from the Central East Police command arrived at the scene of the incident to convey the body of the unidentified man to the morgue pending investigation. 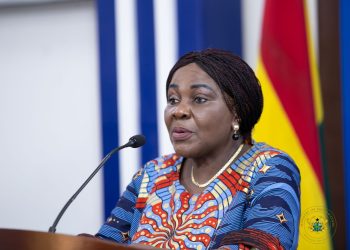 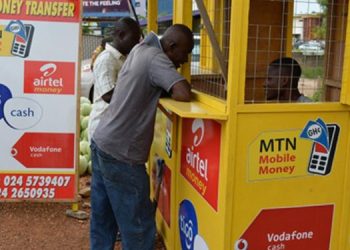