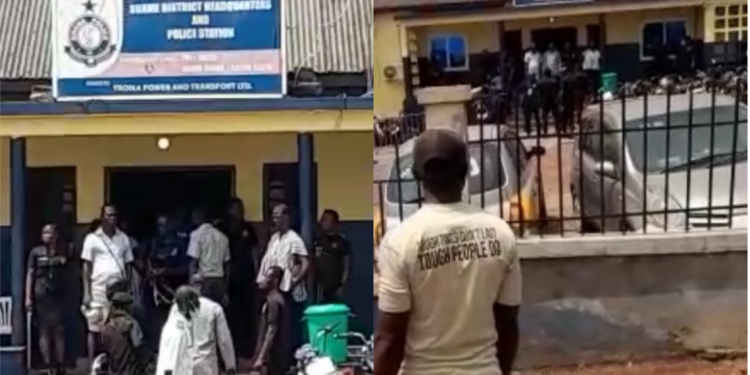 The Police administration and the Ghana Armed Forces have set up a four-member committee to investigate the alleged assault of some police officers at the Suame Police Station by soldiers on Friday, October 29, 2021.

This was contained in a joint press statement issued by the two institutions on Saturday, October 30, 2021.

They are ACP Benjamin Osei Addai and ASP Ernest Kwofie of the Ghana Police Service and Colonel Jonathan Kumador and Lt. Col David Addo of the Ghana Armed Forces.

“Reference to our press release in respect of the alleged attack on Suame Police Station by some military personnel, a four-member committee has been established to investigate the matter.”

The committee has been tasked to commence its work on Tuesday, November 2, 2021.

They have however been given one week to submit to their report from the day of commencement to assist the institutions involved to take the appropriate actions.

“The committee has one week from Tuesday, November 2, 2021, to submit their report to enable the police administration and the Military High Command to determine the next line of action.”

The press statement added that a thorough investigation will be conducted into the case and anyone found culpable will be punished accordingly.

“We wish to once again assure the public that a thorough investigation will be conducted and anyone found culpable will be dealt with according to law and in line with the disciplinary procedures of the two institutions.” 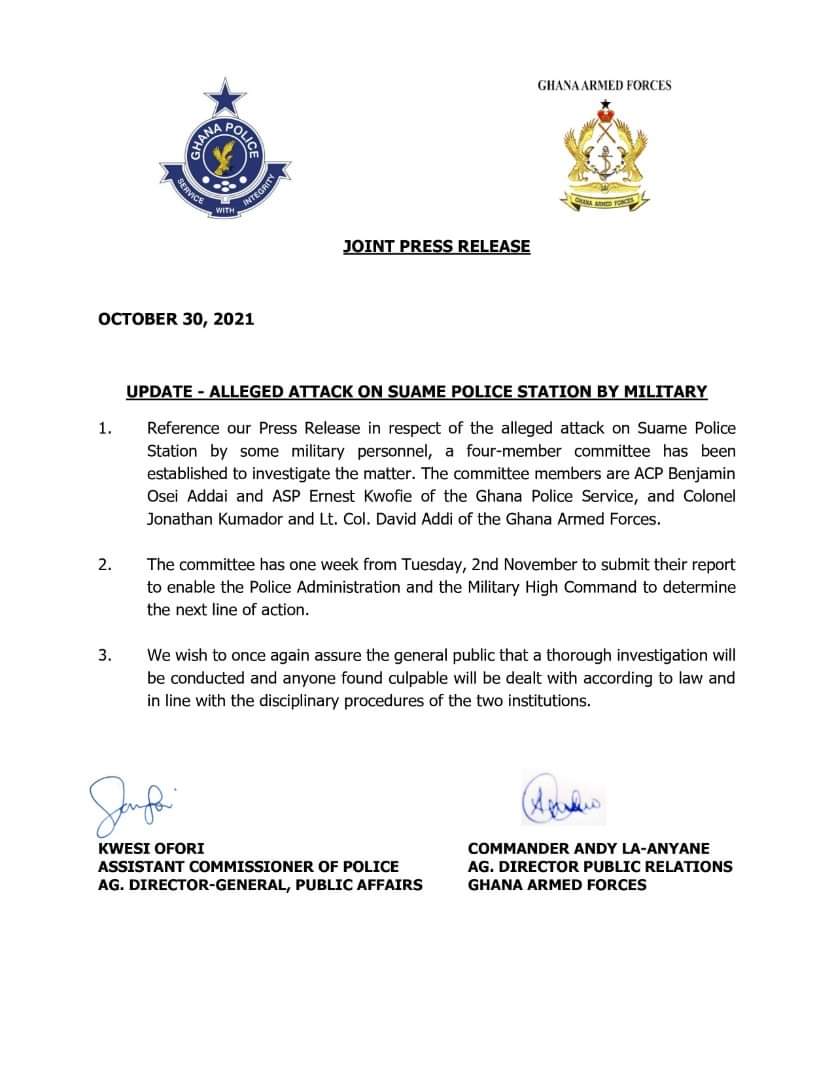 There was heavy security deployment at the Ashanti Regional Police Headquarters and the Suame District Police Command after some soldiers attacked police officers who had arrested one of their colleagues.

Police officers at Suame arrested an ununiformed soldier for riding an unregistered motorbike on Friday, October 29, 2021.

Unhappy about the development, some of the soldiers allegedly attacked the Suame Police Station and physically assaulted the arresting officer.