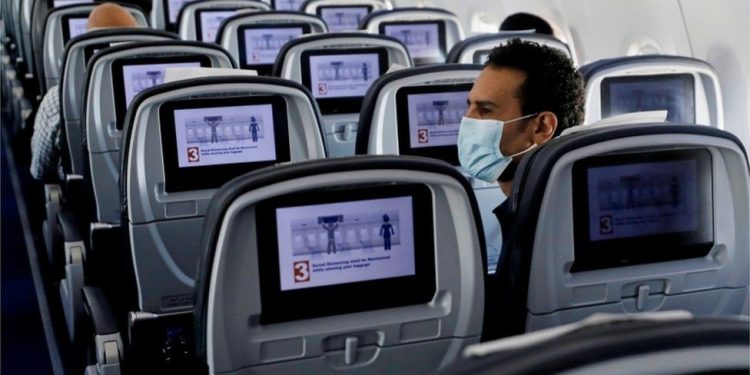 The White House has outlined new rules for foreign travellers to the US, as flight restrictions lift for the first time since the pandemic began in 2020.

The plan to reopen the US border next month to foreign flights includes a requirement that almost all foreign visitors be vaccinated against Covid.

The US travel ban has grown to include dozens of countries, including the UK, much of Europe, China and India.

The travel industry has been asking for US President Joe Biden to lift the ban.

Originally imposed by Donald Trump, the ban on flights from most foreign countries was extended when Mr Biden took power in January 2021.

The rule bans most visitors from Brazil, China, South Africa, the UK, the 26 Schengen countries in Europe, Ireland, India and Iran.

The proclamation signed by Mr Biden on Monday says that airlines will be required to check travellers’ vaccination status before they can board departing planes.

“It is in the interests of the United States to move away from the country-by-country restrictions previously applied during the Covid-19 pandemic and to adopt an air travel policy that relies primarily on vaccination to advance the safe resumption of international air travel to the United States,” Mr Biden’s proclamation says.

Airlines must confirm that the proof of vaccination comes from an “official source” and was received at least two weeks prior. Any vaccines approved by US health regulators will be accepted.

Unvaccinated travellers, including Americans, will have to show a negative Covid test taken within one day of departure.

Children under the age of 18 will be exempt from the vaccination requirement but must still provide a negative test taken within three days of travel.

My government's sustained fight against 'galamsey' paying off - Nana Addo