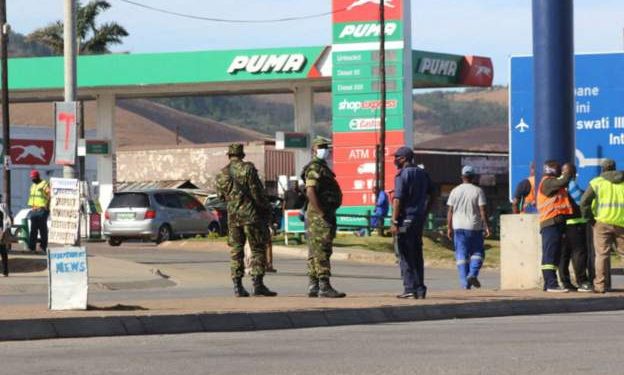 Soldiers and police have been deployed across schools in Eswatini where students have been protesting for weeks demanding political reforms.

Primary and high school students in Africa’s last absolute monarchy, formerly known as Swaziland, have been boycotting classes and staging low-key protests for the past month.

In the past, pro-democracy protests have been concentrated in urban areas but the demonstrations seen over the course of the this year have stemmed from rural communities – which were traditionally loyal to the king.

Law enforcement officers have been seen in Eswatini’s main cities – Mbabane and Manzini.

Officials say they have been deployed as a precautionary measure to help maintain peace but student protesters there believe it’s to intimidate them.

This week’s student protests are the latest in months of sporadic unrest in the small kingdom.

They are calling for better learning conditions and free education. They say the cost of education in state schools is inaccessible for many – in a country were nearly 25% of the adult population is unemployed.

The protesters, who’ve been rallied by local student groups, are also demanding the release of two lawmakers arrested during pro-democracy protests earlier this year.

King Mswati III has in the past been accused by activists of using violence to clamp down against political dissent – some see the deployment of the army as just that.

The kingdom is one of Africa’s poorest countries – the King’s critics accuse him of living lavishly while his people face crippling poverty daily.

Political analysts say the recurring protests are a sign of changing sentiments in the country – that people are becoming increasingly unhappy with the current regime.