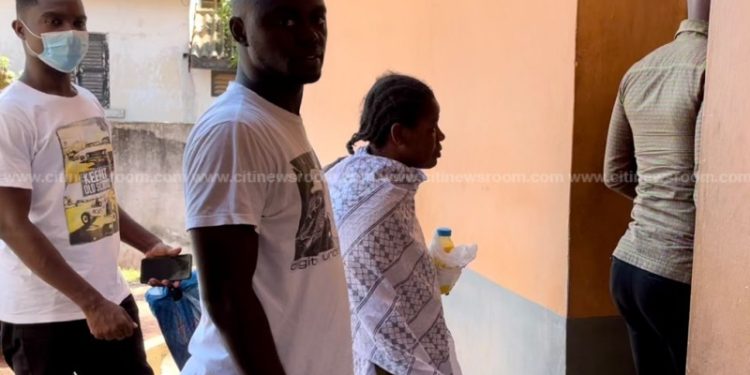 Josephine Panyin Mensah, the woman accused of staging her pregnancy and kidnapping in Takoradi, has finally left police custody a week after being granted bail.

She had been granted GH¢ 50,000 bail on September 27 but remained in custody because of delays in verifying property documents to be used to cover the bail.

Josephine Panyin Mensah has been charged with deceiving a public officer and publication of false news with intent to cause fear and panic.

Police said they were going to prosecute her because she wasted their resources by sending them on a wild goose chase.

The story recently dominated the news space in Ghana, with many recalling the disappearance and murder of four girls who went missing in Takoradi in 2019.

She pleaded not guilty in her first appearance in court, last week, Monday.

Josephine Panyin Mensah, who was believed to be pregnant, went missing on September 16.

She was then found in Axim on September 21 without the pregnancy.

She claimed she delivered on the same day she was allegedly kidnapped, with the baby taken by her supposed kidnappers.

But police in a statement issued on Thursday, September 23, 2021, said a thorough medical examination by the medical doctors at the Axim Government Hospital revealed that Josephine was not pregnant as earlier reports suggested.

As a result, she became a suspect in the case as police said she may have conspired with other persons to stage her disappearance.

Police subsequently said Josephine confessed to faking the pregnancy to please her husband.