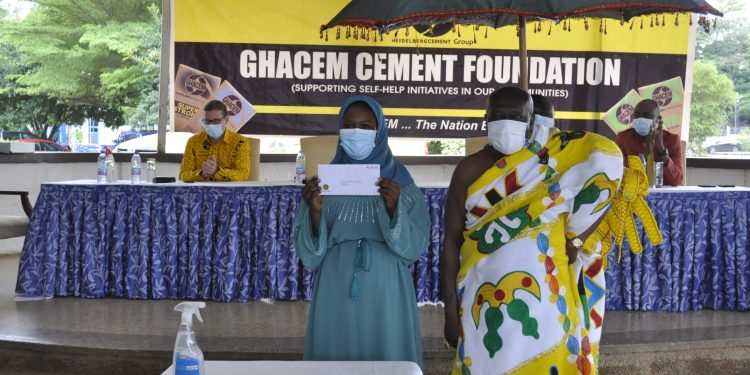 The foremost cement manufacturer, Ghacem Limited, has donated 13,600 bags of cement to boost health and educational infrastructure in deprived communities within the northern part of the country.

The donation, made last week Thursday 30th September 2021 in Kumasi, was the last of two distributions carried out by the Company this year under its Ghacem Cement Foundation initiative.

30,200 bags were approved by the council this year to be distributed to health and educational institutions across the country grouped into Southern (Central, Western, Western North, Volta, Oti, Eastern and Greater Accra Region) and Northern (Northern, North East, Savannah, Upper East, Upper West, Bono East, Bono, Ahafo and Ashanti Region) sectors as a support package for the institutions which are currently undertaking various infrastructural projects.

A month ago, a total of 15,400 bags was donated to selected health and educational institutions captured under the Southern sector at a ceremony held in Takoradi.

The Ghacem Cement Foundation was established by Ghacem Limited in 2002 as part of its corporate social responsibility (CSR) to assist deprived communities to improve their health and educational infrastructure or build new ones. The foundation has since its inception given a total of 600,000 bags, valued at a cost of GH¢27 million.

Ehunabobrim Prah Agyensaim VI, Chairman of the Foundation who gave the above report at this year’s northern sector event said the foundation is a true benevolent program which has contributed immensely towards the health and educational infrastructure in deprived communities of the country.

He described the beneficiaries as partners supporting Ghacem to add their quota towards national development, and further urged them to be ambassadors by spreading the good news of Ghacem’s benevolent deeds.

In his address, the Managing Director of Ghacem, Mr. Stefano Gallini said the company was delighted to lend support towards infrastructural development in deprived communities.

He announced that in a bid to be more present in Kumasi and the northern part of the country, plans are far advanced by the company to build a third factory to be situated in Kumasi, as a strong commitment to investing in Ghana with the three factories; Tema, Takoradi and Kumasi. 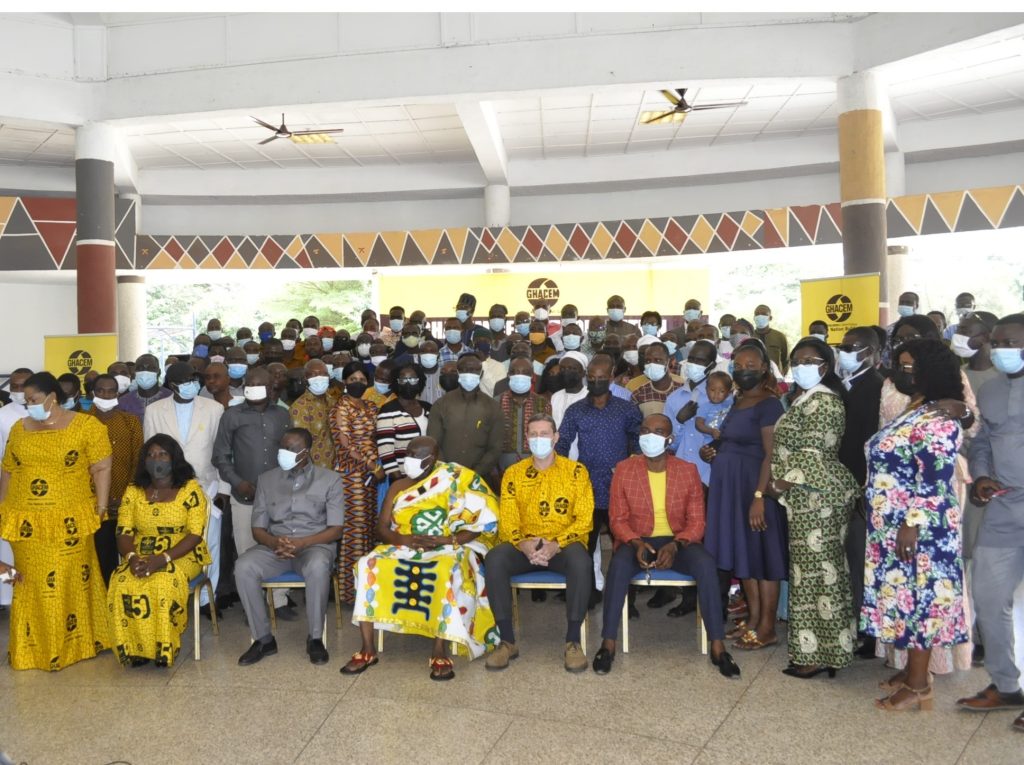 The new investment, he intimated will cost the company US$100 million.

“Ghacem is committed to its staff, cherished customers and the country as a whole, as such we will not compromise on the cement quality but continue to produce products of high quality to support projects and businesses”.

Present were Ghana’s Ambassador to Burkina Faso, Dr. Boniface Gambila and a delegation from the Ghacem’s Kumasi Distributors Association led by the Chairman, Mr. Clement Effah, Chief Executive Officer of CleMonic Ltd. who were on hand to give their solidarity support to the Cement foundation.

Mr. Benny Fiifi Ashun, Head of the Ghacem Cement Foundation Secretariat who doubles as the Marketing & PR Manager of Ghacem announced the opening of the cement application for the year 2021/2022.

Two (2) types of application exist: To rehabilitate an existing structure that needs work to be done and for new structures, the community has reached lintel level that needs support.

The procedure includes an original application letter from the Head of Institution (The Head Teacher/Master, Doctor-in Charge or Medical Assistant/Administration and Head Midwife).

A letter from the District Director of Education or Health. A Letter from the DCE or any Senior Government Official or Chairman of the Town Development Council or head of religious institution.

Two pictures of existing structures to be rehabilitated to be endorsed by the Director of Education/ Health and add expected completion time for project after cement has been donated. Applicants are to apply for one project at a time.