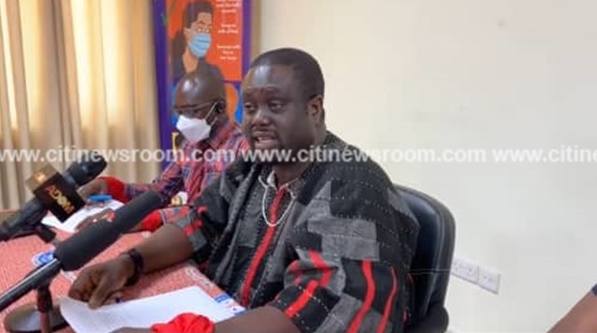 The Health Services Workers’ Union has suspended its strike following an emergency council meeting on Friday night with the leadership of the Unions Professional Association.

This comes after both unions agreed on a roadmap to have their concerns addressed by the government.

The workers have for almost a week laid down their tools in protest of unfavorable working conditions.

According to the union, the government has failed to review the conditions of service of its members as agreed upon in 2016.

Addressing journalists in Accra on Saturday, the General Secretary of the Health Services Workers’ Union, Franklin Owusu Ansah, urged its members to return to work and discharge their duties accordingly.

“You have demonstrated that wonderful things can be achieved with unity, teamwork, and collaboration, and they like to say, when spiders unite, they can entangle a lion, and for that matter, we are only as strong as united, and as weak as we are divided. So the leadership wants to take the opportunity to thank all members for all that you have done.”

“At an emergency NEC meeting, held yesterday [Friday] in the night with the leadership of Professional Association in the Health Services Workers’ Union, we decided to suspend the industrial action, not because of intimidation, but we have listened to the cry of Ghanaians.”

The group is striking for almost a week over what it calls poor conditions of service.

It says the government has failed to review the conditions of service of its members as agreed upon in 2016, but rather, that of their sister unions has been reviewed on two occasions.

The leadership of the HSWU says this blatant disregard for the plight of its over 40,000 members across the country has compelled them to take the decision to lay down their tools.

It had met government earlier before the suspension of the strike.