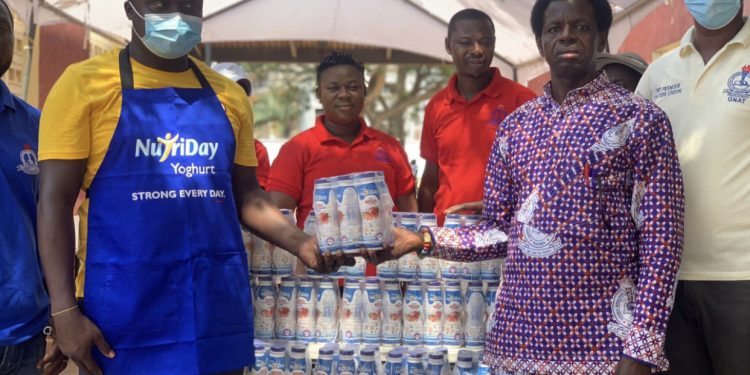 Not too long ago, the world came to a halt with life as we know it changing to what we now call the new norm.

Companies evolved to remote working, schools to virtual schooling and physical human contact became a luxury only few, if any, were able to afford.

The world over, humans learned to live this way and although it seemed difficult at first it became a norm that began to work. Families spent more time together, people paid more attention to their physical, mental, and spiritual health, with others finding parts of themselves they did not know ever existed.

As the world found ways to live in the new norm, scientists and researchers also did their best to find a way possible for the world to return to what it was.

Subsequently, strides have been made with the adaptation of best practices and the roll out of vaccines to control the virus while human beings find a way to go around their usual business through physical contact, without thinking too much about contracting the virus.

Companies are running hybrid shift systems, borders are gradually opening up for travel and for many children, schools have finally opened up to allow for learning in the way we know to be the most effective to continue.

As schools open, it is common to see parents who have typically, for a period, had control of measures to keep their children safe and healthy, to start to worry about the continuity of these checks and practices while they are back in school.

It is for this reason that FanMilk PLC, Ghana’s leading manufacturer of dairy based and fruit-based foods is leading the charge to rollout a new activity to keep Ghanaian children strong while they are in school – ‘Strong at School’

An initiative worthy of laurels, the new Strong at School programme by FanMilk, will see FanMilk provide 150,000 school children with the new NutriDay Yoghurt which contains Zinc, to support the immune systems of all these children while they go about their school activities.

NutriDay Yoghurt, a fortified yoghurt that contains Vitamin A, B6, B12, Calcium and Zinc was launched earlier this year to serve as a product that supports the immune system hence helping Ghanaians in the fight against COVID-19.

The NutriDay zinc fortified yoghurt is available at all leading groceries, fuel station shops, and supermarkets in 330ml Plain and Strawberry bottles.

Over the years, FanMilk has stayed committed to its one-planet-one-health agenda, to protect the health of its people as well keep the environment.

In 2017, the company launched the FanChoco School caravan programme, which is an innovative way to teach children good sanitation practices in a fun and safe environment.

Since then, more than 250,000 children have been trained in best sanitation practices, and more than 2.5 million plastic wrappers have been collected from schools.

In 2019, the company introduced SuperYogo, Ghana’s first fortified frozen yoghurt which contains Vitamins B6 & D to support the immune system.

In May this year, FanMilk launched the latest addition to the nutrition portfolio, the new NutriDay Yoghurt, fortified with Zinc to support the immune system.