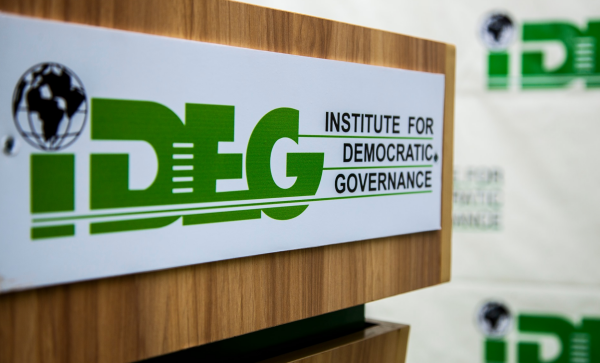 The Institute for Democratic Governance (IDEG) is set to host a public lecture dubbed Ghana Speaks on “Reconstructing Local Governance and Multiparty Democracy in the 4th Republic: Proposals”.

The event is aimed at contributing to building consensus on the way forward on the election of Metropolitan, Municipal, and District Chief Executives.

A statement from the organization said, “the main objective of the seminar is to start a national conversation on reforming local government system and strengthening multiparty democracy in Ghana.”

It will also recommend a number of IDEG proposals towards concrete reforms of the current local governance system.

The proceedings of the event will be broadcast live throughout the country via radio, television, and social media for participation of the general public. 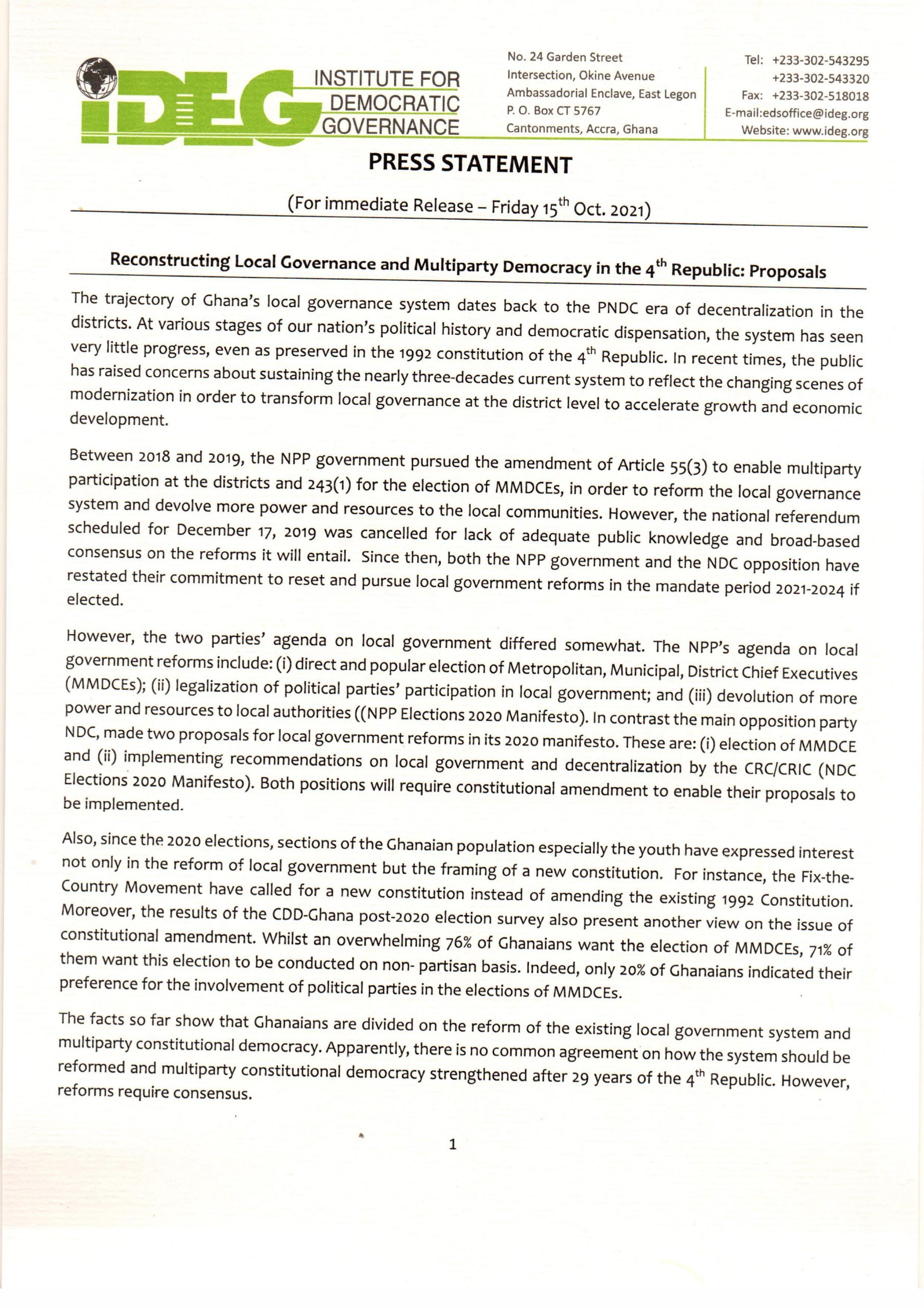 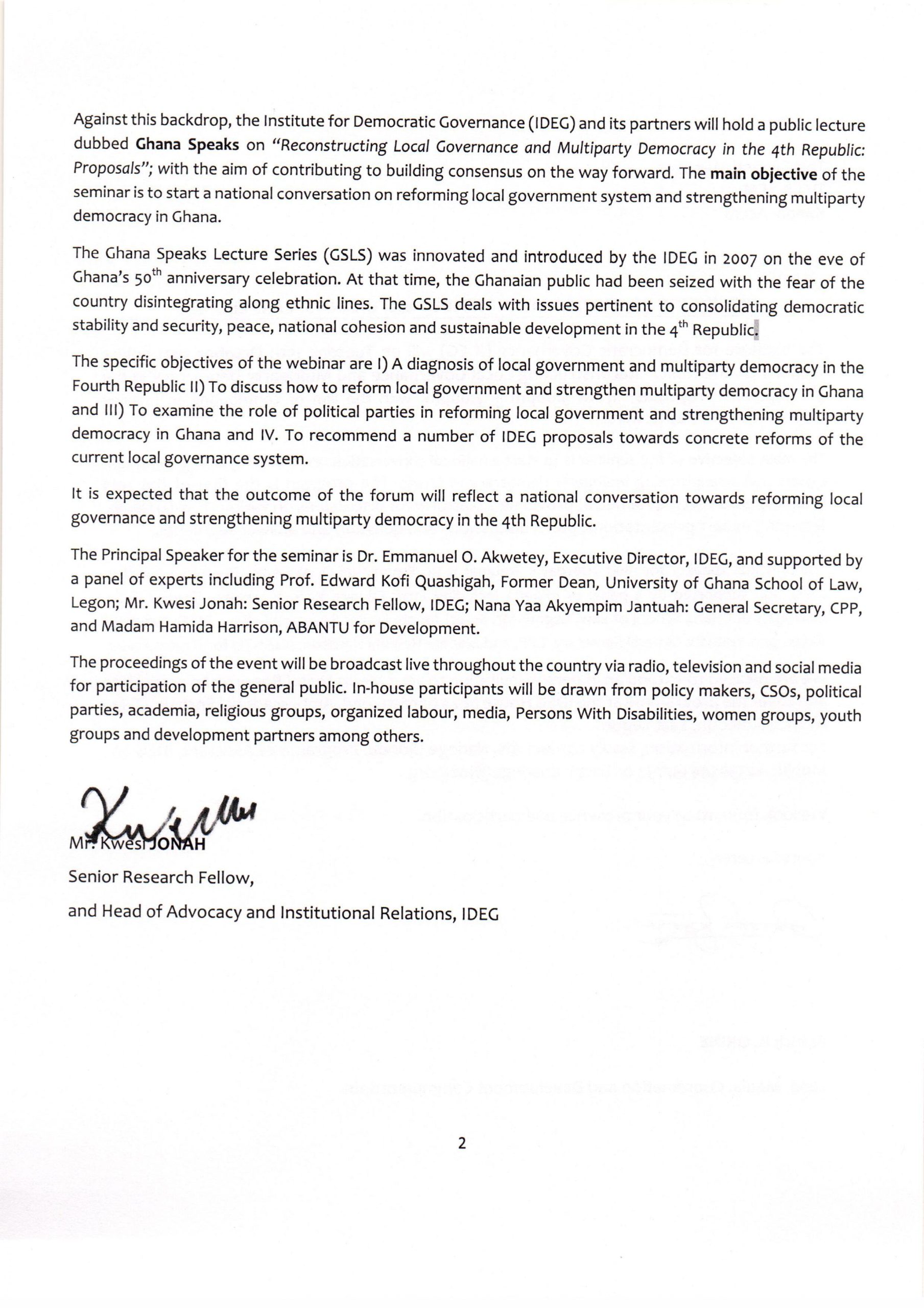