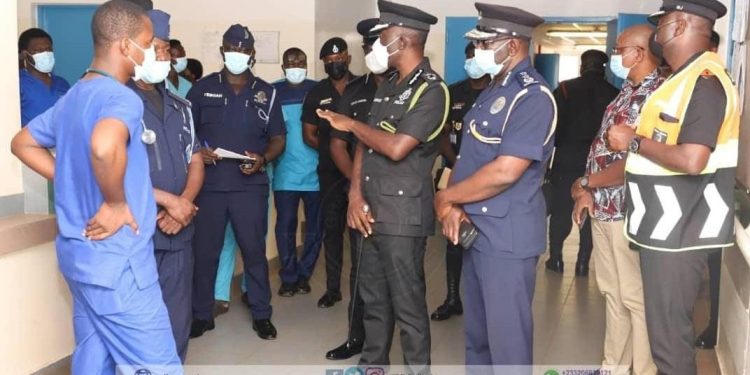 The Inspector-General of Police, (IGP) Dr. George Akuffo-Dampare, is in Tamale in the Northern Region to visit the three police officers who were involved in a crash on the Walewale-Bolgatanga road last night while on duty.

This was announced by the Ghana Police Service in a statement on Friday, October 22, 2021. 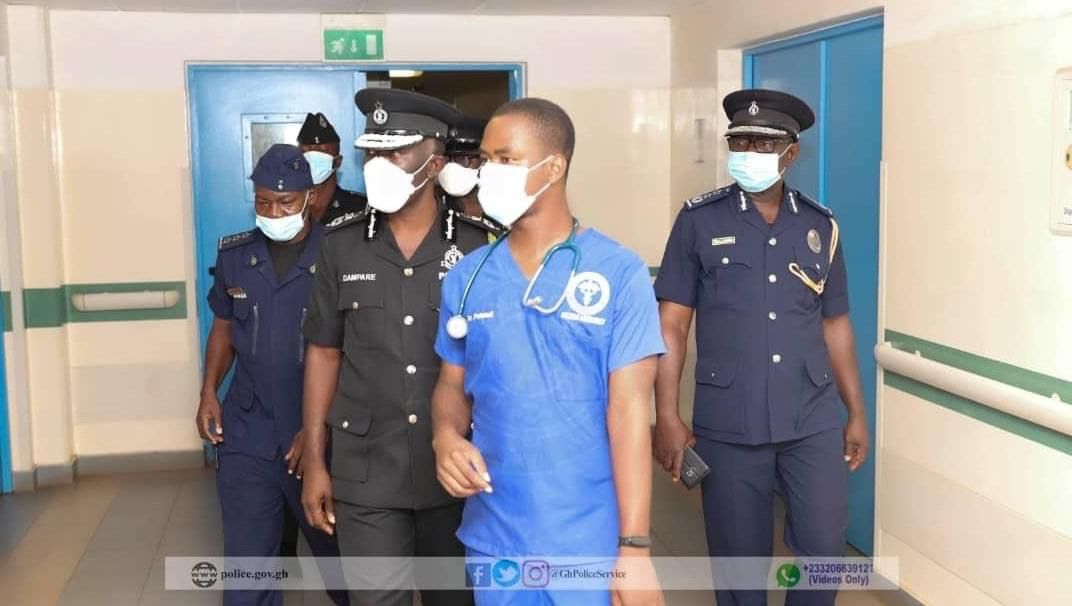 According to the statement, the IGP arrived in the region early this morning.

“The Inspector-General of Police Dr. George Akuffo Dampare early this morning arrived in Tamale in the Northern Region to visit three police officers who were critically injured in a fatal accident yesterday [Thursday] evening, October 21, 2021, on the Walewale-Bolgatanga road.” 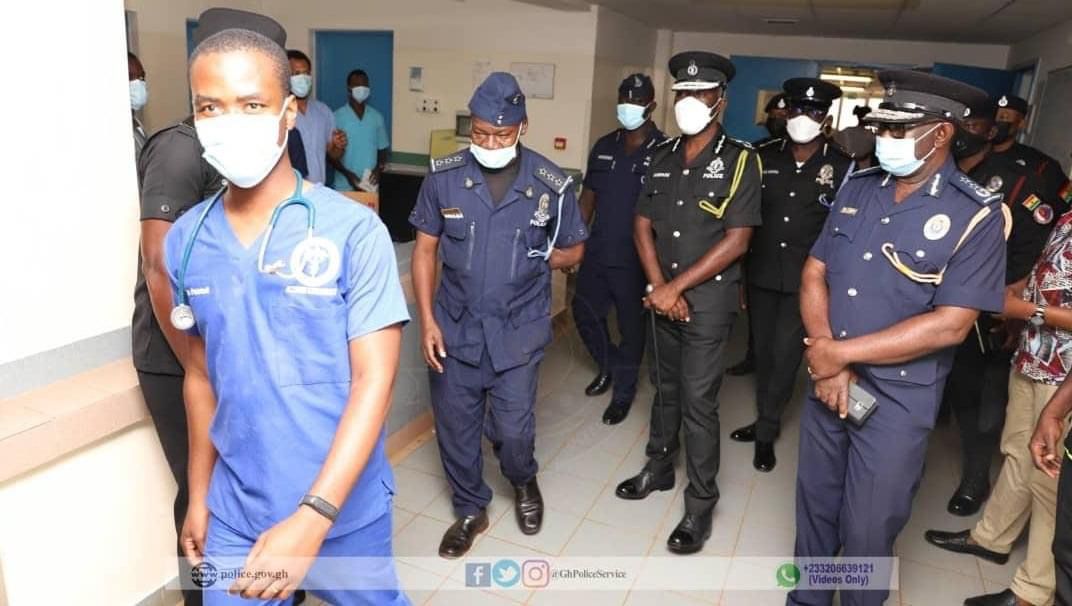 The statement also added that “processes are underway to airlift the three injured officers to Accra for further treatment.”

Dr. Dampare and his entourage also visited the families of the other two officers who died in the process.

“The members of the Police Management Board have also visited the families of the two officers who passed on to commiserate with them.”

Below is the full police statement 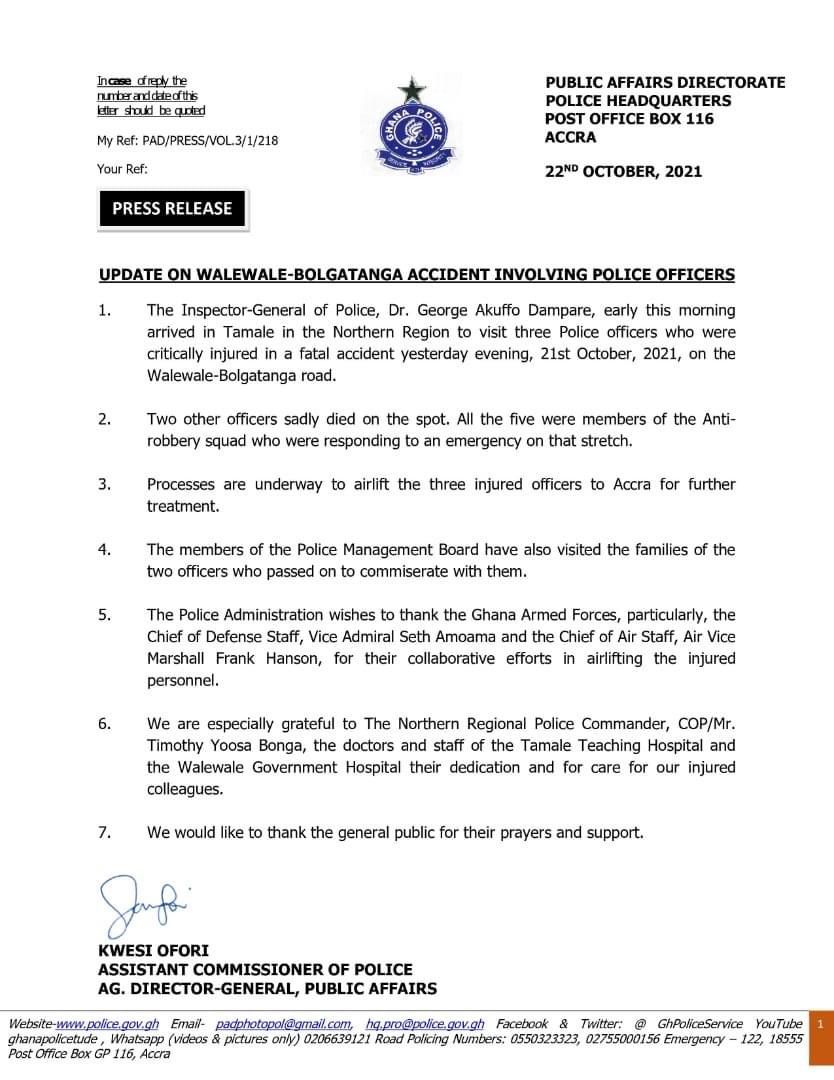