Instrumentalists should come together to demand standard fees – Steve Bedi 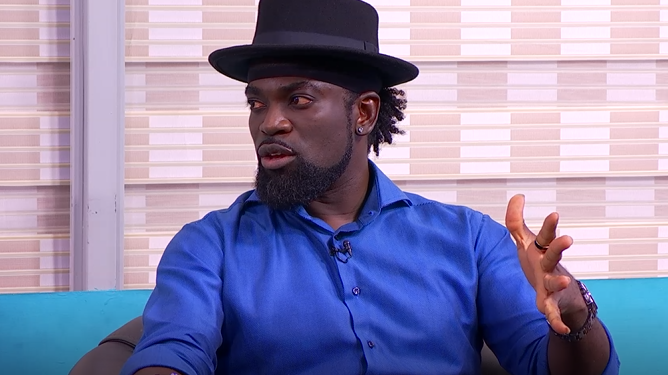 Ghanaian jazz artiste, Steve Bedi has called on all instrumentalists in Ghana to come together to seek their welfare.

Speaking on the challenges faced by instrumentalists in Ghana on ‘The Chat’ on Citi TV, he told AJ Sarpong that it’s about time Ghanaian instrumentalists came together to demand what is due them in terms of what is paid to them for their gigs.

“We need to reset the system and also musicians have to come together under one umbrella to make decisions for themselves,” he said.

“Imagine if we are a whole team, a force to reckon with and we have standard fees for everything that we do. That is how it is done in the developed countries. There is a standard. If you’re calling any instrumentalist for a studio session or to feature on a song, there is a standard,” he noted.

He said instrumentalists are not respected in Ghana and that translates into how much most artistes and event organisers pay them for their services.

Steve, who is a saxophonist said he has lost a lot of gigs because he declined to take low fees.

Accordion to him, when the instrumentalists come together, they can demand better fees.

He added that most artistes in Ghana are ungrateful.

“Musicians and artistes in Ghana are ungrateful. They are my own people; I won’t mention names. I keep doing stuff for them but still show me ungratefulness,” he noted.

Also on the show, Odikro Baakope, a renowned guitarist said he has been paid as low as GHS 30 for a studio session.

The two intimated that if the right structures are put in place instrumentalists would also get royalties from works they do on artistes’ works during the production process.

This discussion comes on the back of an interview ‘Posti Me’ singer, Akwaboah had with Afia Amankwah Tamakloe where he revealed that the decision to release his own records was borne out of bad treatment he had as an instrumentalist.

Watch Steve Bedi and Odikro tell their story on ‘The Chat’ below: