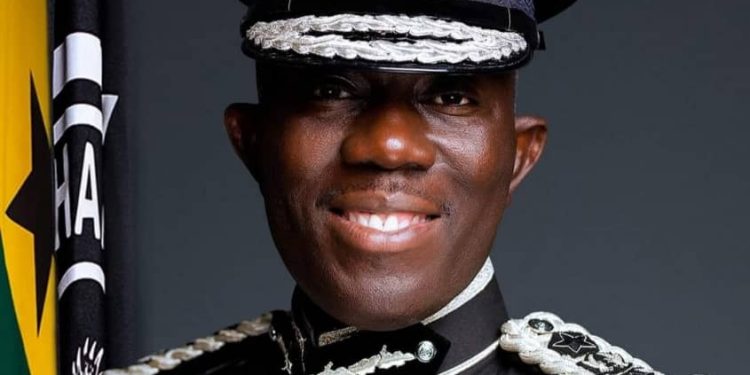 I congratulate you on your elevation to the highest office in the Ghana Police Service.
You need no introduction.

Going through your track record from your days at the Police training school, you over qualify for the role you are going to play in shaping the nation’s security service.

I would have been utterly shocked if President Nana Addo Dankwa Akufo-Addo had not confirmed you as the substantive Inspector General of Police.

I have monitored your engagements, your style of leadership, and the culture you tried to build when you were acting IGP.

Some of the things you introduced within this short period included quick police response time to crime-related issues, the vibrant social media presence, and your swift investigations into all matters that concerned the service. 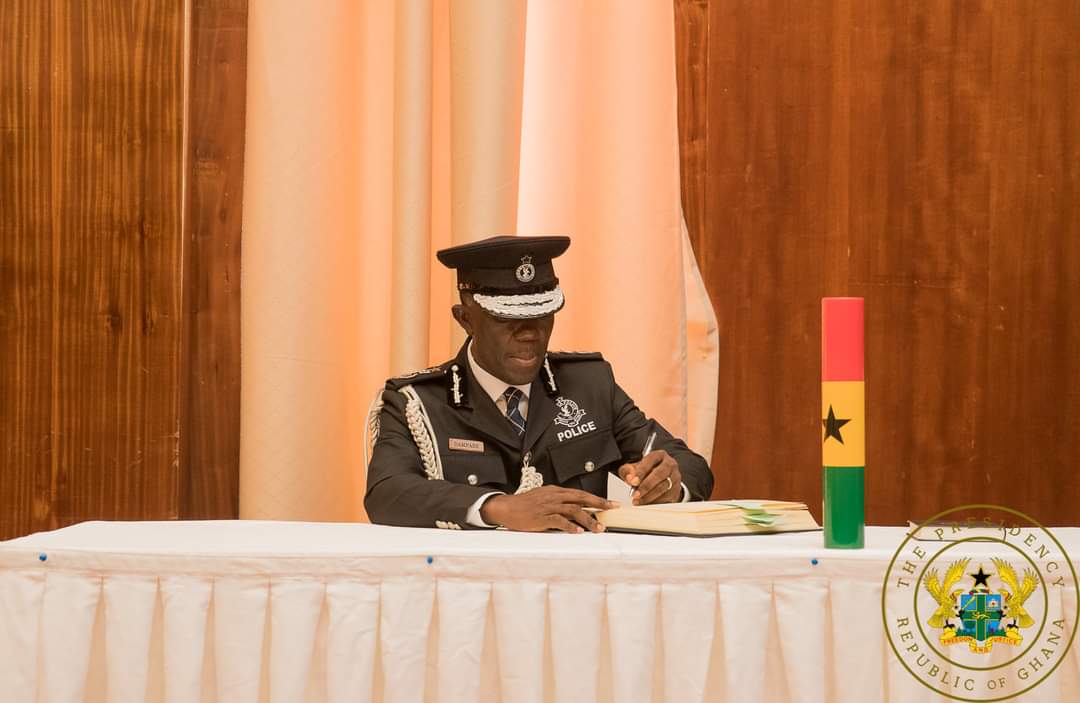 You and your team quickly resolved the alleged Takoradi fake kidnapping case.

Josephine Mensah gained public sympathy with her actions but you and your men relentlessly went to the bottom of the matter.

The one that blew my mind was the swift release of statements on the traffic situation in parts of Accra and the broken-down vehicles that needed to be towed.

You really deserve commendation and I am just hoping all these deeds were not done to court public support and also to get the President to get you confirmed.

Just prove me wrong in the coming days. 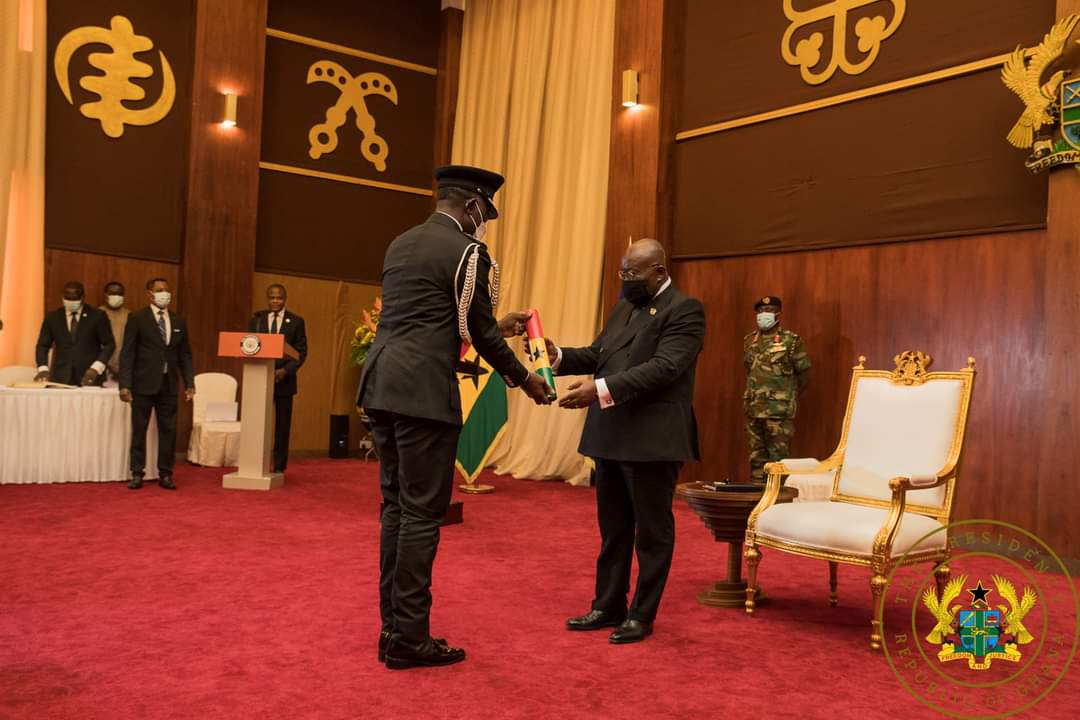 Let me say 10 things that are contained in my call.

You have been a Commandant at the Accra Training School. I am sure you had planned a lot of reforms and this is the time to implement these changes.

We need men and women who understand policing and are conversant with technology. Please order your commandants to reject the long lists of people from Members of Parliament, Ministers, Clergy, Chiefs and Traditional leaders, influential people, and the Jubilee House.

You will have to eliminate this trend of police recruitment done based on political protocol lists.

Places in the service should be earned on merit.

We need men who will be loyal to the cause of Ghana and not men who be loyal to a politician who aided their recruitment into the police service.

Misguided loyalties will always breed indiscipline in the service and no success will be attained on this road. 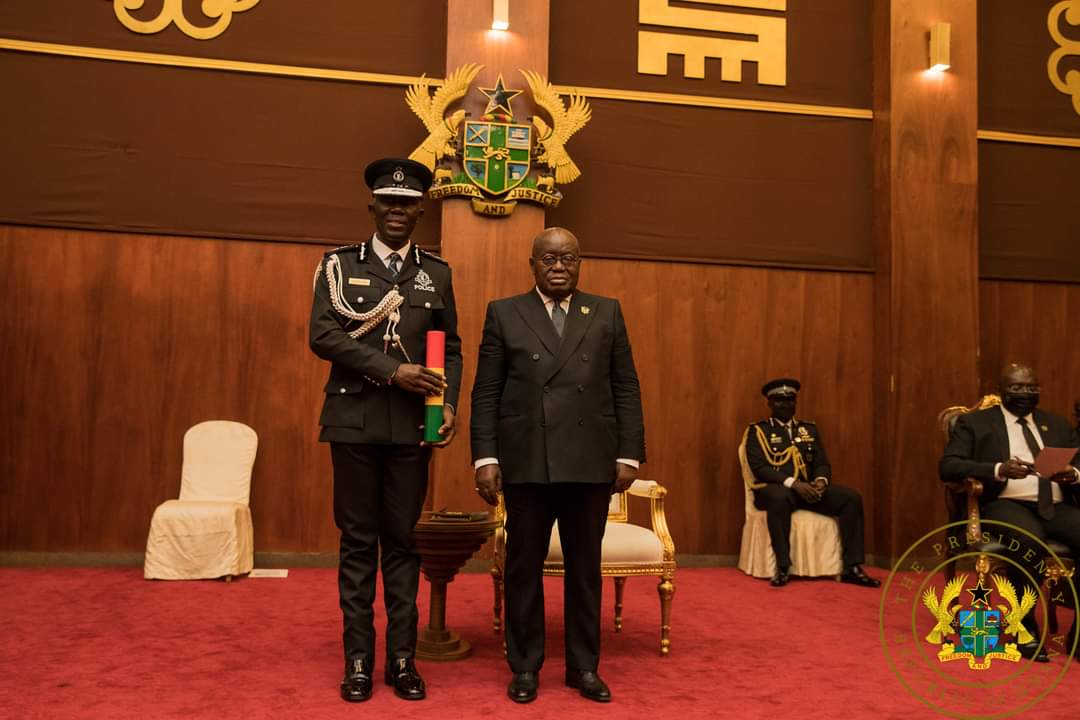 Deal with officers who engage in crime:

There has been a lot of reportage on police officers allegedly engaged in robbery cases. This does not auger well for the service.

You need to set up a committee to seriously look into that and I will suggest that such officers who are found culpable must be jailed or sacked from the service.

Please do not shield anyone. Make crime unattractive for such officers who have the appetite of aiding robbers.

I know your appointment is largely due to your competence but I must put on record that the President had a hand in it. This does not mean you should become his stooge.

You are miles above that. You are not in your position to please political actors. You are in to ensure that policing is done with loads of integrity and discipline. As you said during your swearing-in speech you “came in with integrity”.

Let that lead and guide you always and you will always have the unflinching support of the public in all that you do, Sir. Just stand firm and always remember this: you are better off resigning than saying yes to political pressure. 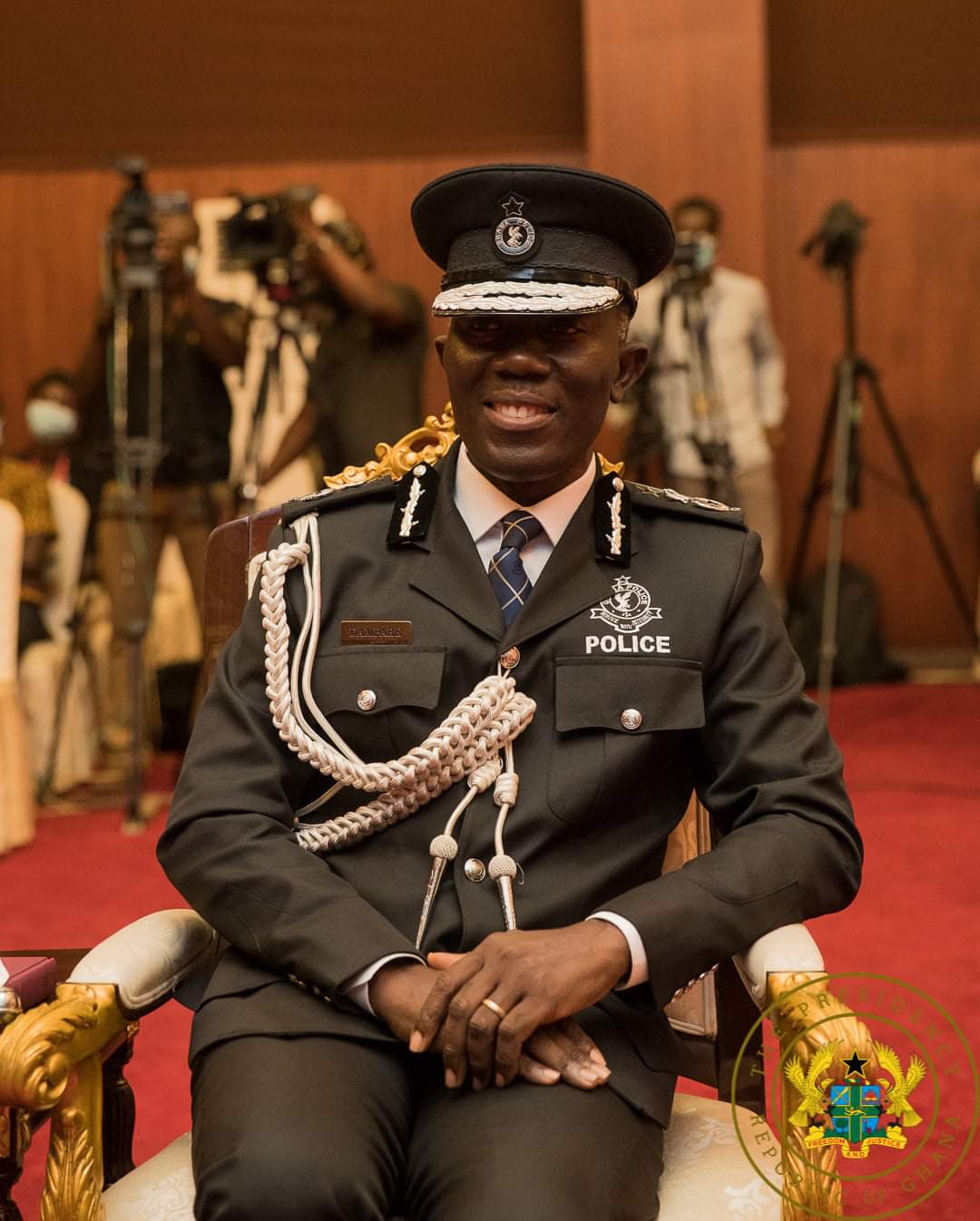 It has also led to the arrest of so many suspects. Intelligence-led policing has an eye on domestic incidents, arrests, criminal records, traffic stops, and gang activity, and it allows law enforcement agencies to run analytics against those sets of data.

These analytics help law enforcement identify suspects who are more likely to be repeat offenders of a particular crime or group of crimes. Law enforcement can then track those individuals and observe when they move from one class of offence to another.

If a suspect repeats an offence, police are alerted of that individual’s history and give themselves an opportunity to and prevent more criminal activity. Please revive Ghana’s police intelligence. It’s critical to building public confidence in the police service.

I am so happy with the installation of the white poles in town. The white poles, if anyone has noticed, have 360 angled sensitive-high-pixel surveillance cameras. It captures every detail of activities in its area of capture. The recent Achimota-Apenkwa robbery case was captured by these cameras and I hope this will lead to the arrest of the culprits.

Dr. Dampare, I know you are techy. Please let this be seen in your leadership so that your men and women will function as they should in these times. In fact, I have a confession.

During one of the episodes of Citi TV’s War Against Indiscipline on the Adentan-Dodowa stretch, I was amazed to see Superintendent Dr. Sasu Mensah, the MTTD Director of Operations, and his men doing a Facebook Live broadcast.

I know you will downplay its effect on their work but it was tremendous in ensuring law and order. Let me also say that you should work or push for massive retooling of the police. The service needs all types of vehicles for operations.

The police prosecutions command is responsible for advising management on all legal matters affecting the Police Service, including ensuring compliance with both criminal and civil cases.

This is captured on the Police website and it is fantastic.

However, it’s the Prosecution bit that worries me. In almost every court proceedings involving a police prosecutor that I have sat through, the Police Prosecutor pleads for adjournment of the case for more time because of ongoing investigations.

This is becoming the norm and it is piling up the number of remand cases in our prisons and this is creating congestion there. It is very dangerous to our justice delivery system and can be dangerous to our society.

The buck stops with the police. Please recruit fine legal brains for that office or train and re-train officers in that outfit.

In March 2012, the Lord Chancellor and Secretary of State for Justice, United Kingdom, under the Command of Her Majesty presented a paper titled “Punishment and Reform: Effective Community Sentences”.  In his foreword, he stated, “An effective criminal justice system should punish lawbreakers and protect, the law-abiding”.

Yet ours has grave weaknesses. Almost half of all adult offenders re-offend within a year of leaving custody. That figure rises to three-quarters for those sentenced to youth custody. Reoffending by offenders sentenced to less than 12 months in prison is estimated to cost the economy, up to £10 billion annually.

Most seriously of all, left unchecked, these rates of repeat crime mean thousands of people are unnecessarily becoming victims.

That of the advanced UK is not different from ours.

Dr. Dampare, I urge you to collaborate with relevant stakeholders to embark on a  wholesale reform – beginning with Ghana’s Prisons.

Our Prisons should become places that reform, train, and equip inmates with the needed socio-economic skills so they are able to reintegrate into society.

I do not have the available data on how much government spends on taking care of inmates but it will be quite substantial. We can do things differently by going the British way by encouraging Community sentencing.

“Sentences in the community need to be demanding and rigorously enforced so that they are as punitive and effective as a custodial sentence, if not more so.”

“In the community, an offender can face up to the consequences of their crime, serve their punishment and maintain the important ties which can ultimately move them away from crime and so spare the public further harm”.

These are the words of the Lord Chancellor and Secretary of State for Justice of the United Kingdom.

Ghana can learn from this practice but more importantly, we also need, fines or what is popularly called Financial penalties.

Empower the public to police the police:

I recently witnessed a near bribery situation in Accra, last month. An errant driver who was caught using the shoulders of the road attempted bribing an MTTD officer. The officer rejected this but I was not so proud of the officer.

The power of onlookers discouraged the officer to take the money.  I have also seen viral videos of members of the public filming police officers who attempt to take bribes. The public should be encouraged to be doing more of such things.

This will deter officers from taking small amounts and it will promote professionalism in the police service. The police should collaborate with the public in their line of duty because, after all, good policing requires public cooperation.

Dr. Dampare, please collaborate with your management team to review police welfare. If your men see that their welfare and motivation are prioritized by the top hierarchy, then they will put in their best and give even more. Welfare and motivation should come in so many forms.

For example, the police can celebrate deserving officers from across the country in a lot of ways ranging from little things like a chance to meet the IGP and possibly having a meal with him, creating digital posters to celebrate an officer to big, tangible things like monetary rewards and promotions and honours.

This should not be farfetched and Corporate Ghana is ready to jump on board such an initiative.

One major task that will define your time as IGP is how you handle election 2024. Get that right and you would have made your tenure a very good one.

But how you hold yourself out and run the service will boost the morale of your men. Be careful of the Fifth Column in your circles and know your men.

Please do not stop the constant and effective public engagement through your social media platforms. It is really a good intervention that is gradually restoring the marred public trust. It is working magic.

Dr. George Akuffo Dampare you will do well but you may fail if these 10 commandments are ignored. I know you are very committed to transforming policing to make our neighbourhoods very safe and sound.  I wish you well and I will remember you anytime I kneel before my God.

Kojo Agyeman is a  Broadcast Journalist with Citi TV and Citi FM.