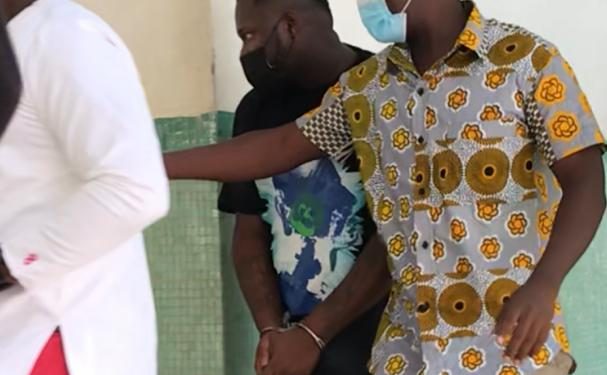 He was remanded by a Circuit Court judge in Accra on October 22, 2021, for brandishing a weapon in a video found on social media.

Medikal has been charged with the display of arms and ammunition.

He however pleaded not guilty to the charge.

At the hearing on Friday, October 22, 2021, counsel for the Ghanaian rapper, Emmanuel Yeboah Gyan, prayed the court to grant his client bail as he is a law-abiding citizen and had family on standby to meet the bail conditions.

But the prosecution opposed the plea, arguing that the individual rights of Medikal to bail are subservient to the community interest, which ought to be protected.

He further argued that parts of the case are still under investigation.

The court agreed with his argument and remanded the accused.

Also, Shatta Wale and his three other accomplices are expected to reappear in court today after one week on remand over the false gun attack incident.

At his first appearance in court, he pleaded not guilty to the charge of the publication of false news and causing fear and panic.

His accomplices, Kojo Owusu Koranteng, Idris Yusif, and Eric Venator have also been charged for abetment of crime also pleaded not guilty to the charge.