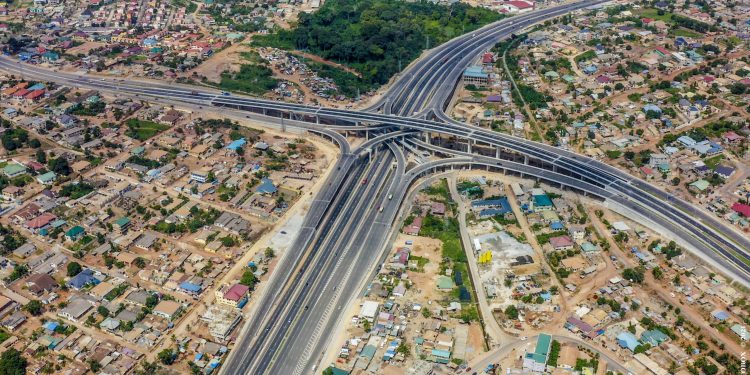 The Zhongmei Engineering Group Limited, contractors of the Pokuase Interchange project have threatened to ensure that motorists who cause any damage on the interchange pay for the cost of repair.

Already, some unknown persons have stolen some crash barriers from the project site.

The caution comes after one person died on Saturday, while another person got injured after falling from a motorcycle on the third tier level of the interchange.

Eyewitnesses say the two young men who were on an unregistered motorbike from the Awoshie section of the interchange fell onto the pavement, leading to the death of one and severe injury to the other.

They say the injured was rushed to the Ga North Municipal Hospital, while the body of the deceased was deposited at the morgue.

Ascribing the incident to speeding on the part of the victims, the External Operations Manager for the Zhongmei Engineering Group Limited, Desmond Yaw Hodanu Bedi, advised commuters to adhere to the road signs or be dealt with legally.

According to him, no one will be spared for causing damage to anything on site.

“I want to urge the drivers who ply the project to drive carefully when using it because anything they do to cause damage or damages to the project, I’m trusting that we will let the police and the law enforcers chase them for repayments.”

“So for them not to actually be in that position drive carefully and observe all the other road signs.”

Suhuyini takes on activists against anti-LGBTQ Bill; questions their motives