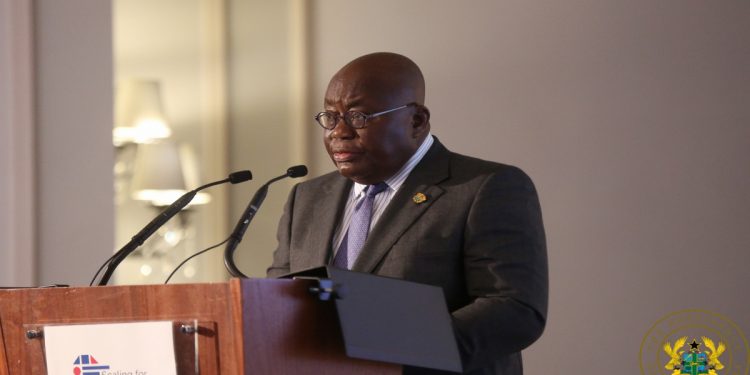 The President, Nana Addo Dankwa Akufo-Addo, says recent measures taken by the government to curb the activities of illegal mining also known as ‘galamsey’ is paying off.

President Akufo-Addo said water bodies that were destroyed during the peak of the menace are beginning to regain their natural state due to the resuscitated fight.

According to him, this is as a result of the hard work his government has put in the fight against the menace.

Speaking at the launch of the National Alternative Employment and Livelihood Programme for those affected by the clamp down on illegal mining, President Akufo-Addo maintained that the government will continue to implement measures aimed at ending the menace.

He thus assured the citizenry that the government will not renege on this fight for the betterment of the country’s water bodies.

“…These efforts have resulted in significant gains with some of the waterbodies visibly clearing up. Today, after sustained hard work, we have reached a situation of reasonably satisfactory regulations of the small-scale mining sector.’

“Reforms of the Minerals Commission are ongoing, the Inspectorate Division has been sent across the country as the culture of impunity is becoming rapidly a thing of the past.”

Recently, the Ministry of Lands and Natural Resources revived the campaign against the galamsey menace dubbed #StopGalamseyNow.

The Ministry has put together a song to reignite the campaign.

Despite the President’s claims, illegal mining continues in some parts of the country unabated.