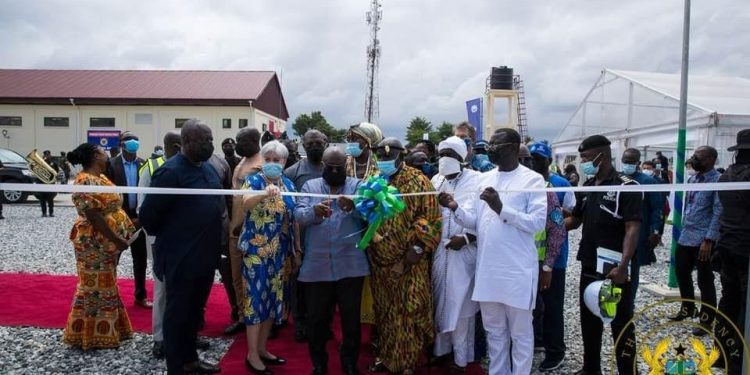 The President, Nana Addo Dankwa Akufo-Addo, has commissioned the Pokuase Bulk Supply Point, a 330/34.5 kilo-volt substation designed to improve the supply and distribution of electricity for consumers in the northern areas of Accra.

Funded by the Millennium Challenge Corporation (MCC) to the tune of US$47 million, the Supply Point, according to the President, is testimony to Government’s commitment to improving electricity supply in the country. 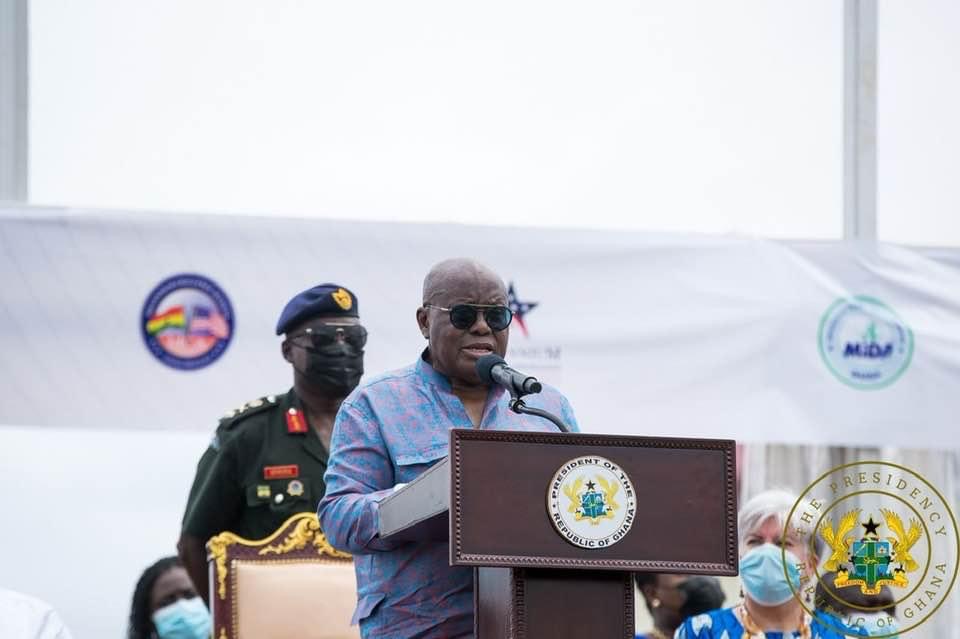 Siting of the BSP in Pokuase, he explained, was informed by the rapidly increasing load demand for electricity from this part of Accra, as Pokuase and its environs have become load points for power demand, hence being strategically positioned for the presence of such a critical power infrastructure.

“The essence of constructing the sub-station is to improve power supply quality and reliability to some three hundred and fifty thousand (350,000) existing customers of the Electricity Company of Ghana (ECG) in Pokuase, Kwabenya, Legon, Nsawam and neighbouring communities,” he said. 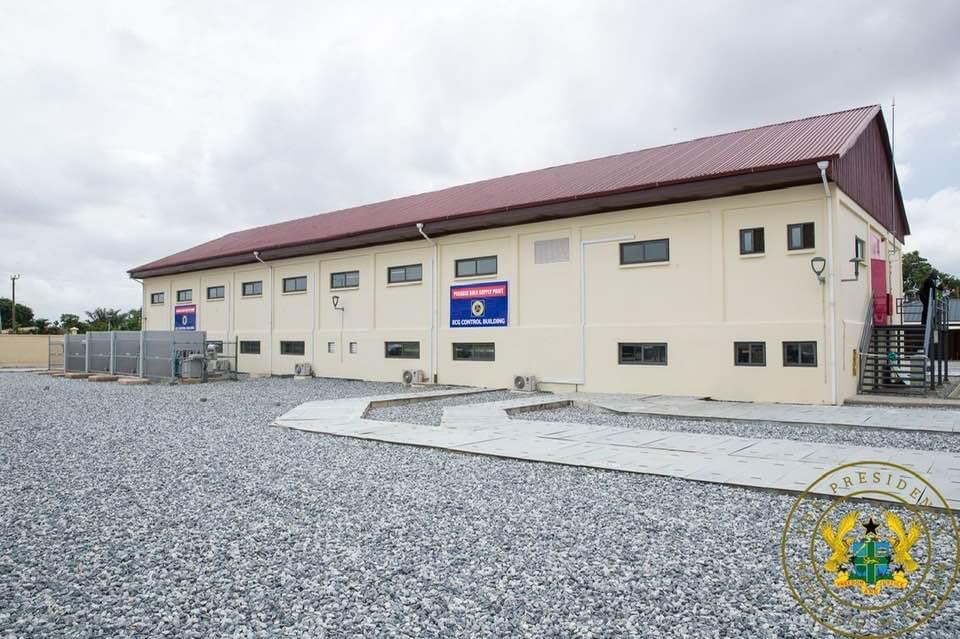 Beyond the Pokuase Bulk Supply Point, the President stated that Government is carrying out several other initiatives and projects to ensure that the country is able to meet its increasing power needs, arising out of the country’s growing population and Government’s industrial agenda, through initiatives such as the One-District-One-Factory policy, amongst others.

Besides the Pokuase substation, which was commissioned, work is also ongoing on the Kasoa Bulk Supply Point, which will be the second-largest bulk supply point in Ghana.

Once completed, he indicated that the project will address low voltage and frequent power outage challenges caused by increasing domestic and industrial demand in Kasoa, Senya Beraku, Bawjiase and Nyanyanu.

“The fifty-million-dollar (US$50 million) BSP project , again, funded by the Millennium Challenge Corporation under the Ghana Power Compact Programme, will benefit some two hundred and forty-one thousand, five hundred and eight (241,508) ECG customers, and contribute to substantial reduction in transmission losses in GRIDCo’s transmission system. The Kasoa project is expected to be completed before the end of this year,” the President added.

Further, he told the gathering that the national transmission backbone, under construction from the coast to Bolgatanga, had a gap between Kumasi and Kintampo, which has since been completed a few weeks ago.

“Completion of this portion of the Kumasi/Bolgatanga transmission line project will ease the load on Kumasi sub-stations, and become the instrument of power transmission within the Ashanti, Ahafo, Bono and Bono East Regions, and in parts of northern Ghana. In addition to this is the ongoing Tema to Accra transmission line upgrade project to accommodate an increase from one hundred and sixty-one kilo-volts (161KV) capacity to three hundred and thirty kilo-volts (330KV) capacity,” he added.

President Akufo-Addo thanked the Millennium Challenge Corporation and the United States government for their continued support; MiDA for its effective oversight of the project; Elecnor S.A., the main contractors for the procurement, supply, construction, installation, testing and commissioning of the project; as well as management and staff of GRIDCO and ECG.

He also thanked the Minister for Energy, Hon. Dr Matthew Opoku Prempeh, and his predecessors for their leadership in helping to deliver this project.

President Akufo-Addo stated in conclusion that “the Akufo-Addo government remains fully committed to ensuring safe, stable and affordable power supply in this country. As we focus on realising the Ghana Beyond Aid agenda, which has industrialisation as its crown jewel, it is imperative that we pursue this goal with dogged determination, to help ensure that every nook and cranny of this country has access to electricity as the main driver of our vision”.