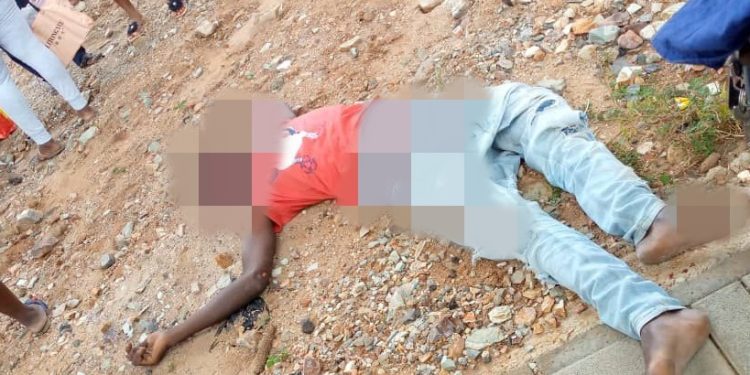 A young man died on the spot on Saturday, October 9, 2021, while another was injured after they both fell from the third route of the newly commissioned Pokuase Interchange.

Eyewitnesses say the two young men who were on an unregistered motorbike from the Awoshie section of the interchange fell onto the pavement, leading to the death of one and severe injury to the other.

They say the injured was rushed to the Ga North Municipal Hospital, while the body of the deceased was deposited at the morgue.

One of the eyewitnesses who is the External Operations Manager for the Zhongmei Engineering Group Limited, contractors of the Pokuase Interchange project, Desmond Yaw Hodanu Bedi spoke to Citi News about the incident.

According to him, from the way the incident happened, either the persons involved were speeding or on drugs.

“These gentlemen were coming from the Awoshie section, and were over speeding or on drugs with an unregistered motorbike which put them in a more severe situation because you wouldn’t be in that curve of 40 km/h, and you may fall down because I’m very sure they were speeding.”

“They fell at the same time onto the road, one died on the spot and the other got injured, so the ambulance team picked them up to the hospital.”