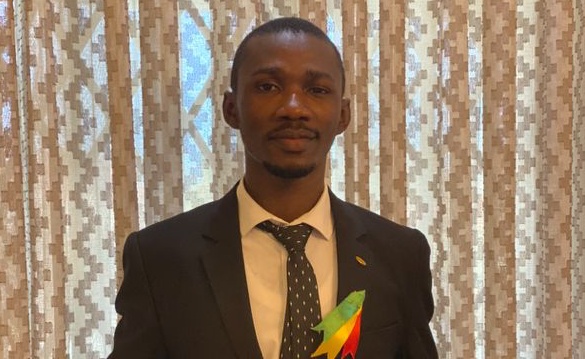 Twenty-eight-year-old Frank Owusu, a native of Nsuta-Beposo in the Ashanti Region and a proud alumnus of O’Reilly Senior High School has etched for himself, the top spot in this year’s prestigious Institute of Chartered Accountants (Ghana) ICAG by emerging as the overall best student in 2021.

Frank, a S.T.E.M Training Executive at Golden Sunbeam International College of Science and Technology, Adentan, undertook his National Service at the Mathematics Department of the University of Ghana as a Teaching Assistant.

His education started in the humble classrooms of Ahwiaa D/A in the Ashanti Region where he sat for his B.E.C.E. He proceeded to O’Reilly Senior High School whereas an accounting student, he emerged as the Best Graduating Business Student as well as Best in Financial Accounting and Elective Mathematics. He was the House Prefect for Ellen Dove House. He was affectionately referred to by many as Obama!

At the University of Ghana, Legon, where Frank pursued a Bachelor of Science Degree in Economics and Mathematics, he served as the Finance Committee Chairman for Commonwealth Hall in the 2015/2016 academic year. He doubled as the Vice President of the Mathematics Society in the same year.

Frank’s passion for knowledge did not end there. He took on the challenge of pursuing professional courses. He earned for himself a golden certificate in the Ghana Securities Industry Certificate in January 2018 and topped it all as the Overall Best Candidate for CA level 1 – May 2021 Examination.

Unlike some geniuses who look for opportunities outside Ghana to better their lots, Frank Owusu wants to serve Ghana with his knowledge acquired over the years. He describes himself as a ‘problem solver’ whose ambition is to deal with perhaps Africa’s greatest setback, corruption, which he identifies is rife due to ‘improper accounts and weak control systems.

Winning the Overall Best ICAG student for Frank is only the beginning of his mission ‘to module strong control systems in our public sectors to protect public funds.

He shared these words with Citi News. “The main reason why I ventured into Mathematics at the University is to become a problem solver. Pursuing this goal taught me to be diversified in the domain of many industries, most especially public finances. One of the greatest diseases which is killing Africa that we are all fighting against it is Corruption. The main anchor of corruption I believe is a result of improper accounts and weak control systems.”

“For this reason, as a problem solver, I chose the accounting field. I want to take this corruption fight to heart for my country and continent, notwithstanding globally.”

“After taking this special award (Overall best Candidate for CA Level 1), I felt my journey of the corruption fight has just begun. I see the real task ahead of me, to become the best in the accountancy domain, to module strong control systems in our public sectors to protect public funds, and to keep pursuing my problem-solving dream to the highest level”.