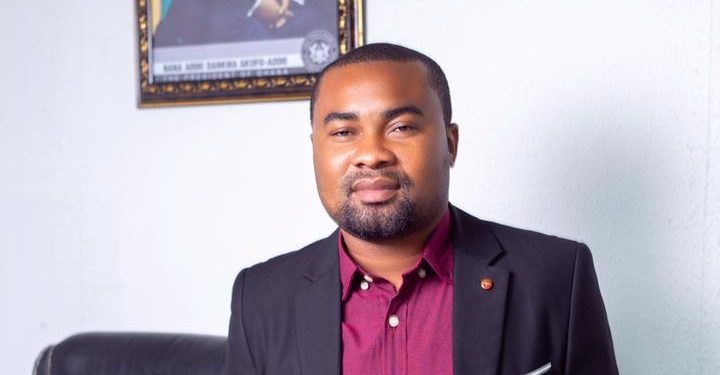 I would like to urge potential presidential aspirants to emulate the tenacity, commitment and unwavering love of President Akufo-Addo for Ghana and the New Patriotic Party (NPP) if they truly desire to lead NPP in the 2024 general elections.

Breaking the 8-year-cycle curse requires presidential aspirants who will not quit or undermine the collective efforts of the party, maybe through unjustifiable resignation as a result of the inability to get the nod from the delegates of the party.

We have to fully remain committed to the victory 2024 agenda, whether your candidate wins the flagbearership or not.

1. Nana Addo Dankwa Akufo-Addo as the 1st National Organizer of NPP and Campaign Manager to Prof. Adu Boahen was rejected by the party when attempting to be the flagbearer of NPP in 1998.

There is no denying the fact of the major and instrumental role he played in the formation of NPP from the Danquah-Busia Club. Yet Nana Akufo-Addo was never bitter and abandoned the party. He fully supported the Presidential candidate and the party for the victory in the 2000 general elections.

2. In 2007, when it was unquestionably obvious that Nana Akufo-Addo was going to lead the party for the 2008 general elections, 16 other people contested him for the flagbearership position.

He was bastardised by the supporters of the other aspirants thereby giving arsenals to the opposition to vilify him ahead of the 2008 general elections yet Nana Akufo-Addo rallied everyone for the elections to the extent of appointing a competitor’s Presidential Aspirant to serve as Director of Communications.

After the 2008 elections, the appointed Director of Communications wrote: “Chasing the Elephant Into the Bush” which became a weapon for the NDC in the 2012 general elections.

Adding insult to injury, some of the old party gurus constantly attacked Nana Akufo-Addo in the media space and incited Ghanaians against the candidature of Nana Akufo-Addo. This should not remind us of anything but lessons we must learn.

These Ghanaians vowed to campaign and vote against Akufo-Addo in the 2020 general elections for doing the right thing of saving banks/financial institutions and funds of depositors.

6. The decision of President Akufo-Addo to stop galamsey in order to prevent the country’s water bodies from being destroyed was greeted by anger and sadly some Ghanaians especially in the galamsey areas and communities vowed to campaign and vote against President Akufo-Addo in the 2020 general elections.

It was quite surprising when some people decided to campaign and vote against President Akufo-Addo in the 2020 general elections simply because his Government has decided to protect the country’s water bodies as well as ensuring the sustainability of the environment and survival of the humans, plants, and animals ecosystems.

However, after the 2020 general elections, President Akufo-Addo never gave up even though the Parliamentary Candidates of the New Patriotic Party(NPP) miserably lost their seats in the Constituencies where the activities of Galamsey were very predominant. President Akufo-Addo in his second term in office has still committed resources to the fight against galamsey and that is the hallmark of quality leadership.

7. Nana Akufo-Addo is the only President in the 4th Republican Constitution with the implementation of most policies and programmes such as free SHS, 1D1F, Digitalization, free TVET, Planting for Food and Jobs, 1 Constituency 1 Ambulance, NABCO, 1 Village 1 Dam etc.

President Akufo-Addo has to his credit also social interventions such as free water, free electricity during the Covid-19 major period, yet some Ghanaians decided to vote against him and his parliamentary candidates in the 2020 general elections.

In spite of this, President Akufo-Addo is still focused on addressing the needs and challenges of Ghanaians by providing first-class governance to the good people of Ghana.

Let’s emulate the political struggles of President Akufo-Addo and stay united for victory 2024. No matter how you are treated by your party or Ghanaians, you have to bear in mind that collective interest overrides Individual interest.