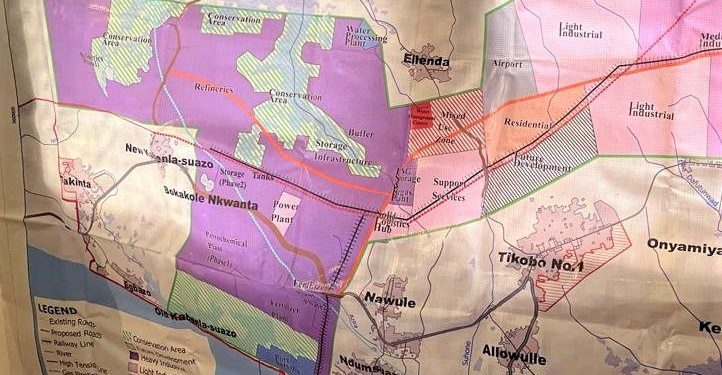 A group calling itself Committee of Concerned Citizens of Nzema Descent wants the 20,000 acres of land being acquired for the Petroleum Hub Development Corporation at Bonyere in the Jomoro District of the Western Region to be reduced to 5000 acres.

The group made the call in a petition signed by its Convener, Elizabeth Allua Vaah, and addressed to the Board Chairman of the Petroleum Hub Development Corporation, Awulae Annor Adjaye.

The group which is made up of various Nzema advocacy groups including the Nzema Koyele Eku and Nzema Advocacy for Peace and Development in the petition expressed misgivings over the large acres of land being acquired for the project saying it would deprive locals of their livelihoods.

Below are excerpts of the petition:

The group further made some recommendations, as captured below:

The $60 billion Petroleum Development Petroleum Hub is expected to ensure the construction of four (4) Refineries each with 150,000 barrels per day capacity, two oil jetties, oil storage facilities, and tank farms.

The hub also proposes a Petrochemical Plant and Support Buildings with 90% private Investors and 10% government ownership.

Meanwhile, there is nothing visible so far on the grounds, except for the completed Environmental Impact Assessment.