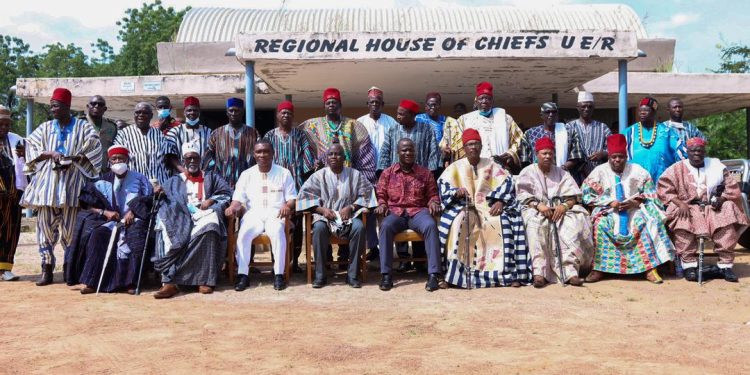 The Vice President of the Upper East Regional House of Chiefs, Naba Anonsona Anthony Abisa III has appealed to the government through the Minister of Lands and Natural Resources, Samuel A. Jinapor to sustain the ongoing efforts at regularizing the Small-Scale Mining sector to help curb the menace and promote peace and harmony in the sector. 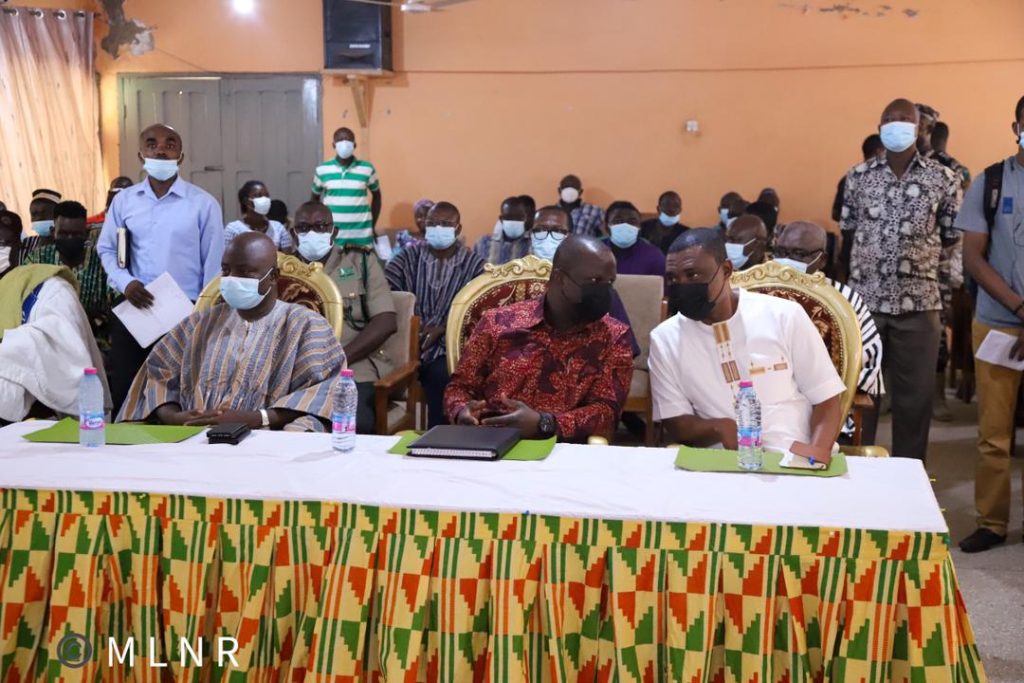 The Miregu Naaba stated this when the Minister for Lands and Natural Resources met the Regional House of Chiefs at Bolgatanga in the Upper East Region on the sidelines of his one-day working visit to the region on 6th October 2021.

He said, “I want to assure you of the support of the chiefs and the people of Upper East for your government in the successful implementation of the flagship programs, which undoubtedly are tailored towards alleviating poverty”.

Mr. Jinapor pledged to ensure that chiefs of the Upper East Region benefit from the proceeds of the many minerals discovered in the region. 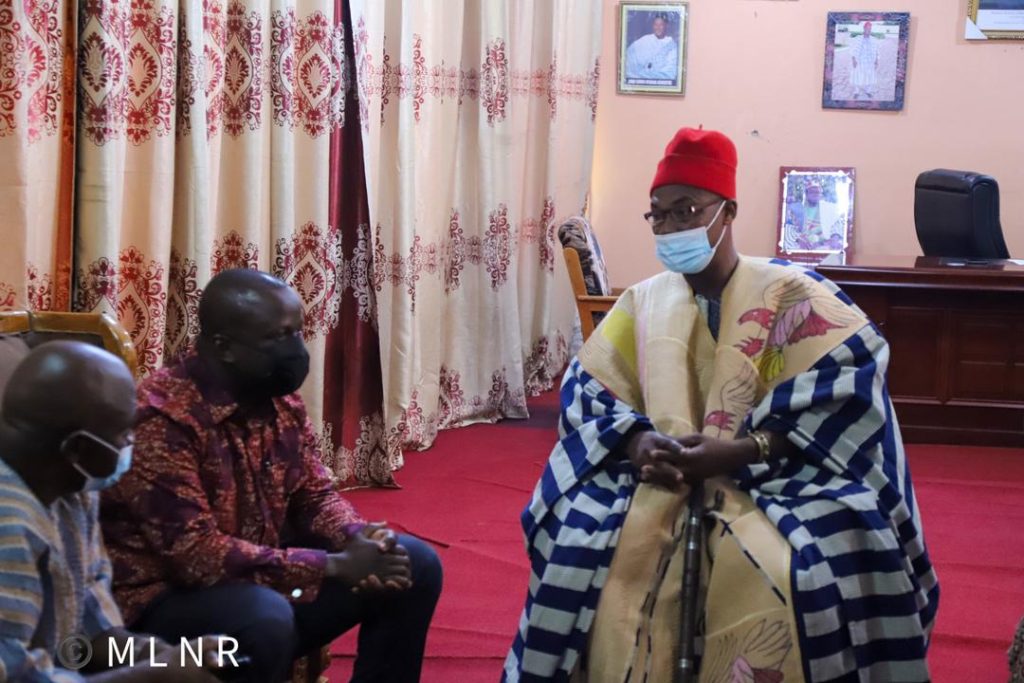 He declared, “You have my full backing and support, so let’s work together to ensure you also benefit from these mining activities happening in your own jurisdiction”.

Recognising the relevance of the chiefs in the development of the country, he stressed that it is important they play a pivotal role in all operations of mining activities in the region.

“We are engaging all of you as stakeholders so that mining is done in a responsible way and within the confines of the law”.

The Minister used the platform to crave the support and collaboration of Chiefs for himself and also for Regional Minister to protect all-natural resources of the country. 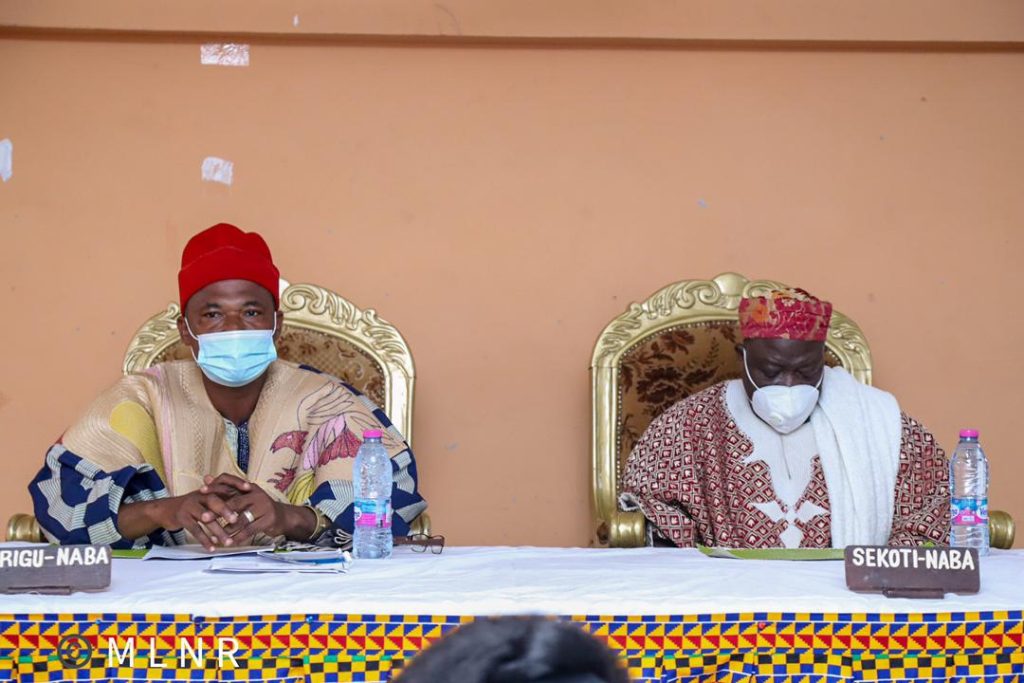 “There must be a strong collaboration between the Ministry, Regional House of Chiefs and the Regional Security Council to make the Upper East a model mining hub”.