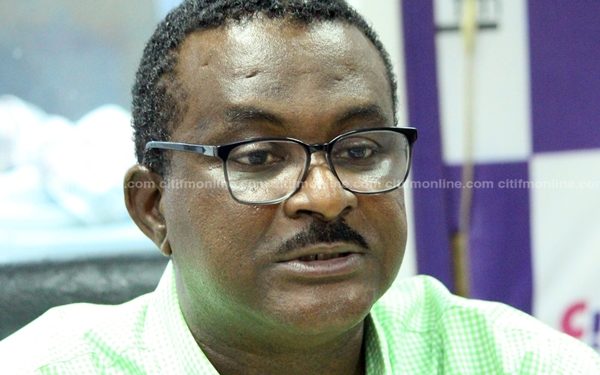 The Member of Parliament for Cape Coast South, Kweku Ricketts Hagan has called on the police to investigate a situation where some Assembly members of Cape Coast are allegedly being induced with money and other gifts to vote for Ernest Arthur as the Metropolitan Chief Executive for the area.

He alleged that some persons who are involved in what he calls “Operation force Ernest Arthur on Cape Coast” are lodging in a hotel and meeting the Assembly members, inducing them with money, motorbikes, and Assembly contracts.

Mr. Ricketts Hagan disclosed this at a press conference he jointly organized with the Member of Parliament for Cape Coast North, Kwamina Mintah Nyarko.

“The assembly members are appealing through us to demand summons from the authorities when this election will be held. Information reaching them suggests that there hasn’t been any communiqué between the Presidency, local authorities, and the assembly on the renomination for the third time of Ernest Arthur by the President.”

“It has been alleged that some of the personalities that I mentioned who are involved in the ‘Operation Force Ernest Arthur’ are at a resort calling on assembly members one by one, inducing them with money, motorbikes, and contracts to vote for Ernest Arthur. Some are being intimidated and all manner of fears are being put in them. The Assembly members will want the Police to investigate as they have evidence into this incident.”

The re-nominated MCE failed to meet the two-thirds majority in both elections. In the second voting episode, he polled 40 ‘Yes’ votes out of 65 Assembly members who took part in the confirmation vote.

“I appealed to you the last time we met to vote for the MCE nominee, but you declined. Today, we have another opportunity to confirm the President’s MCE nominee for Cape Coast. If it doesn’t go well, we will all be affected, especially me.”

NCA ‘approves’ licenses of Radio Gold, XYZ and 131 others