Standard responses to road accidents haven’t worked in Ghana: here are some alternatives 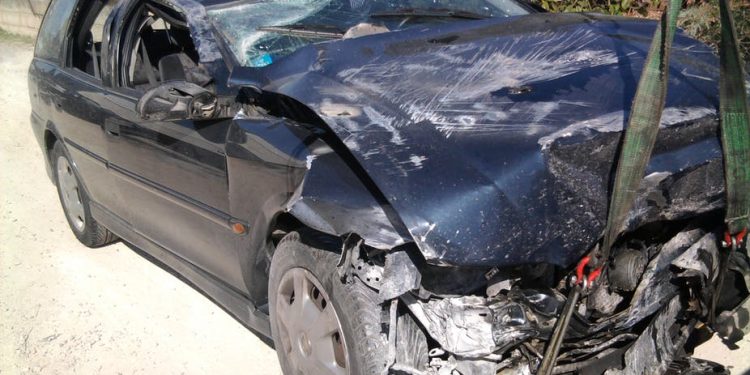 Road traffic accidents remain a major public health and development challenge in Ghana. They are among the top 10 causes of deaths, draining 2.54% of its gross domestic product annually. Some recent reports suggest that between January and July 2021, about 8 deaths and 43 injuries were recorded daily on Ghana’s roads.

The recent surge in road deaths and injuries has ignited demands for a sharper policy focus on road carnage. The conversation, however, appears to be heavily oriented towards doing more of the existing control measures. These are the so-called 3Es: education; enforcement and engineering.

The contemporary science or best practice in road safety management is shifting towards an understanding of the wider societal factors that might impact road safety. It is also about the exploitation of these factors in interventions. This major shift, however, remains inadequately considered in the current search for solutions to make Ghana’s roads safer.


Fixing ‘bad’ drivers is not enough

I set out to explore why Ghana cannot arrest or educate its way out of its road traffic malaise. I argue that the present public policy of hunting for rogue drivers to make roads safer is akin to killing mosquitoes one by one to control malaria. The problem with it, as noted elsewhere, is that the mosquitoes could still keep coming. The best remedy is to drain the swamp that breeds them.

Consider, the troubling issue of drunk driving, for instance, which many a Ghanaian insists could be simply resolved through more arrests, prosecutions and longer prison sentences. A recent study on behavioural influences on driver crash risks in Ghana reported that commercial drivers, forced by poor working conditions to drive for long hours often resort to alcohol and other similar substances to ‘stay alert’.

Undoubtedly, increased policing and imprisonment could help identify and remove some of these drivers from the roads. But that alone will not resolve the precarious working conditions and job insecurities that incentivise inappropriate use of alcohol and other substances as coping mechanisms.

The result of this, as shown elsewhere, is that while some drug and alcohol-affected drivers will be arrested and punished, impact will be minimal. This is because little is done to tackle wider societal influences of their misuse and addiction.

Clearly, fixing the worrying impact of alcohol and other substance abuses on road safety outcomes in Ghana will require thinking beyond the present traditional domains of safety education, and the highly preferred law enforcement-heavy measure of declaring ‘wars’ on drivers.

Second, the 3Es often narrow policy options to fixing the behaviour of the usual suspects – drivers and the road environment. The problem with this is that other key actors, processes and practices that also heavily influence safety outcomes are seldom considered.

For instance, from a prevention point of view, does it also matter who fixes or repairs the cars drivers operate? Does it matter who trains them and the nature of the training that gives them power to make quality assurance judgements on vehicles that carry people?

There is also the well-documented exploitation in the commercial passenger transport sector. This solicits and compels unhealthy driving practices from drivers to make as many trips as possible to raise revenue to settle high sales targets set by car owners, cover operational and other costs including police bribes.

The 3Es afford little opportunity to learn from these and other sets of socially organised circumstances that produce harmful driving practices and adverse road safety outcomes in the country.

Moreover, however troubling road trauma is, resource constraints will mean that not all potential solutions can be funded or be meaningfully implemented. Other problems in the country also demand policy resources. This raises the need for careful investment in interventions with the potential to help solve, at the same time, a multiple number of the longstanding problems that continue to resist current interventions.

I show that wider societal level interventions that go beyond the traditional 3Es could yield such outcomes in Ghana. Consider prioritising investment in efficient public transport such as rail and big buses, for instance.

The evidence in countries like Japan suggest that, these transportation options, together with the promotion of non-motorised forms of non-commercial transport such as bicycles, have the potential to reduce meaningfully heavy reliance on private cars – which dominate road traffic crashes in Ghana.

This could result in reducing fatigue born out of long driving resulting from ‘go slows’ (gridlocks). Some evidence has emerged that part of the reason Ghana suffers several highway crash injuries and deaths is that drivers in the country often resort to aggressive driving practices such as over speeding and reckless overtaking to make up for lost time in traffic when they get to the highways.

Reducing private car use, and to that end, traffic congestion through improved public transport could yield positive outcomes on the highways in terms of reduced incidents of reckless overtaking and speeding.


Time to reorganise cities and society

A more fundamental issue is the present land-use patterns and ways of organising the Ghanaian society that solicit and compel unnecessary travelling in the country. The result is that many people are put in harm’s way to travel from their places of residence to submit ‘documents’, attend ‘meetings’ or conduct petty businesses in Accra and the other cities in which public and other businesses have been centralised.

Mixed-town planning land-use patterns must be encouraged and investments made in technology to cut down unnecessary travel and reduce exposure to crashes.

Clearly, great opportunities exist for reducing road traffic miseries in Ghana that the intent focus on just the 3Es obscures. Road safety education; road traffic regulation enforcement and road engineering are truly important; their impacts are tangible. It, however, may be time to think beyond them.