Suhuyini takes on activists against anti-LGBTQ Bill; questions their motives 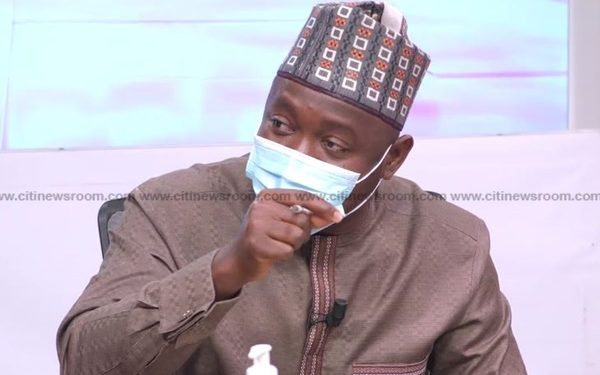 The Member of Parliament (MP) for the Tamale North constituency, Alhassan Suhuyini, who’s one of the sponsors of the anti-LGBTQI Bill has taken on the 15 renowned legal, academicians, and activists challenging the legislation that seeks to fully criminalise LGBTQ+ activities in Ghana.

As a result, some 15 renowned legal, academic and civil society professionals have filled a memorandum challenging the anti-gay legislation.

In the memorandum, they contend that the ‘Promotion of Proper Human Sexual Rights and Ghanaian Family Values Bill 2021’, is an “impermissible invasion of the inviolability of human dignity.”

To push the anti-LGBTQ+ bill will be to challenge Ghana’s constitution and democracy, they also argued in their 18-page document.

While speaking on Citi TV‘s weekend current affairs programme, The Big Issue on Saturday, October 9, 2021, Mr. Suhuyini questioned their motives for being against the bill.

He insisted that these persons have not spoken about issues of other minority groups, hence his curiousity as to why they are vocal on the LGBTQ+ bill.

“I am only sad about some belated activism of some people, especially when they claim to be showing this activism in support of minority groups. We are in this country where SALL doesn’t have representation in Parliament. They are a minority group, but activists like doctors and professors, especially in the field of democracy, haven’t said anything on that. I am also sad that as we speak, Achimota School is back in court against the boy who has chosen to carry locks.”

“The doctors and the professors who think they must engage in activism in support of minority groups have said nothing. As I speak, Muslim young ladies are still struggling in our institutions to put on their hijab, but they haven’t said anything about it. So what is their gain in being an activist in this gay matter?” he asked.