Suspension of ‘No Ghana card, no salary’ directive welcoming – NAGRAT 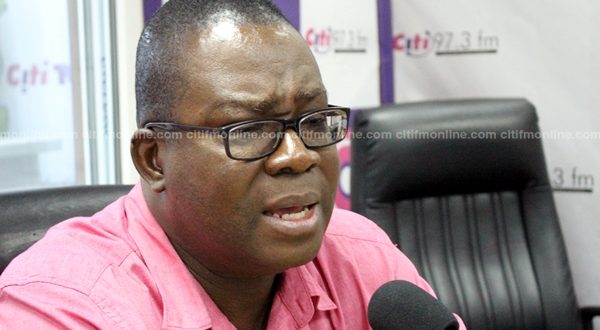 The President of the National Association of Graduate Teachers (NAGRAT), Angel Carbonu, has said due diligence could have saved the Controller and Accountant General’s Department, CAGD, the backlash it faced over a directive not to pay public sector workers if they do not have a Ghana card.

Per the initial directive from the CAGD, government workers risked forfeiting their December 2021 salaries.

However, the Controller and Accountant General’s Department has rescinded its decision not to pay public sector workers if they do not have a Ghana card.

In a statement issued on Tuesday, October 19, 2021, the CAGD said it had engaged government through the Ministries of Employment and Labour Relations and  Finance after concerns raised by labour unions.

In the said communique, it said the two Ministries have asked the CAGD to “port the names of public sector workers in their existing databases onto the NIA platform and thereafter inform the various institutions of any unregistered staff that may exist.”

Speaking on the latest development, Angel Carbonu noted that although they welcome the suspension government must engage labour extensively anytime there is the need to roll out such policies.

He also asked the government to utilise platforms created for consultations with workers in the country before taking major decisions with regards to workers’ welfare.

“If there had been consultations and discussions, we wouldn’t have gotten here in the first place. If you want to make decisions with regard to workers’ welfare, compensations and emoluments, there is a platform created by the government itself that brings all workers together and that platform is opened and available anytime there is a major policy implementation issue.”

There had been agitations by a section of government workers and unions since the CAGD issued the directive on Tuesday, October 12, 2021, with some asking the Controller and Accountant-General to reconsider the directive and withdraw it completely or have the deadline extended.

According to organized labour, the NIA should bear the responsibility of capturing government workers on its database and not compel them to secure the cards.

They insisted that the decision is a lazy approach towards addressing lapses in the government’s payroll system.

The National Identification Authority however justified the directive, saying, it is a step in the right direction.