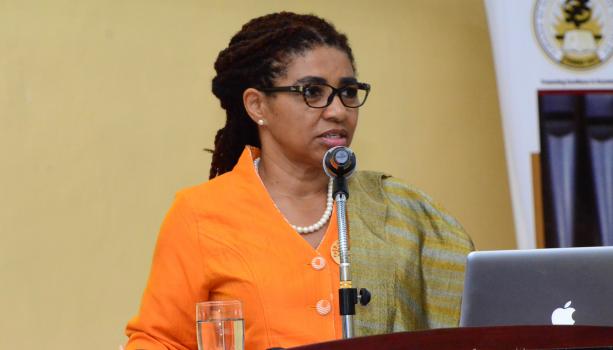 Renowned Ghanaian academic and activist, Prof. Akosua Adomako Ampofo, says the anti-LGBTQI+ Bill currently before Parliament is a complete betrayal of the teachings of Christ.

For her, the Proper Sexual Rights and Ghanaian Family Values Bill does not, in any way, show God’s teachings of compassion, redemption, and grace.

She believes, the treatment to be meted out to persons who identify as members of the LGBTQI+ community as prescribed by the Bill simply does not resemble the spirit and quality of Christ and therefore needs some fine-tuning to serve its intended purpose, if any.

Speaking on The Point of View on Citi TV, Prof. Ampofo argued that, the attempt by sponsors of the Bill to legislate what she terms as a subject of morality is rather condemnable and would create more problems for the Ghanaian society.

“When I read that bill, from beginning to end, and the framers claim that the bill is an amalgamation of Christians and para Christian bodies, I struggled to find Christ in that bill. If they have not said that they were Christians, I wouldn’t have held this perspective.”

Some legislators have initiated processes to have a law passed to criminalize LGBTQ+ activities and advocacy.

The Bill has received wide public support, with a section of the public condemning it and describing it as promoting hate.

Some Christian leaders have submitted a memorandum to Parliament supporting the passage of the Proper Sexual Rights and Ghanaian Family Values Bill with threats to campaign vigorously against parliamentarians should they not ensure that the Bill is passed into law with immediate effect.

But Prof. Akosua Adomako Ampofo disagrees with the position of proponents of the Bill including the Church, warning that, the country will be treading on dangerous grounds should the Bill be passed into law as demanded.

“If we want to legislate same-sex marriage, that’s a different thing. But if we are legislating on people’s behaviour in this bill like cross-dressing people of the same sex showing affection in public… we are going to be judges. So this is a dangerous road to travel on. I would have thought that, before this bill goes to Parliament, we would have had some national conversation on what the real issues that are troubling to us are.”

Prof. Ampofo’s full article on the Christian Community’s reaction to the Bill can be read here.

Passengers walk from Accra to Achimota over ‘heavy’ traffic congestion

Passengers walk from Accra to Achimota over 'heavy' traffic congestion