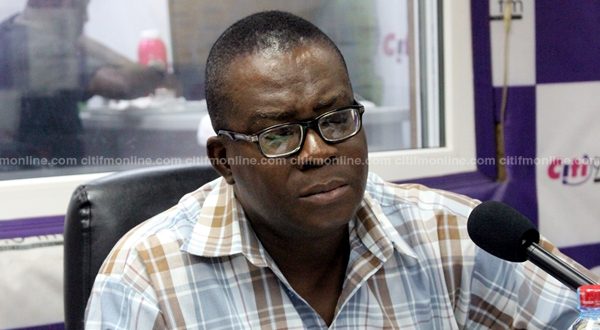 Labour unions in the country are simply not enthused at the directive by the Controller and Accountant General’s Department to stop the salary payment of government workers if they do not possess a Ghana card.

One of such groups is the National Association of Graduate Teachers (NAGRAT) whose President, Angel Carbonu, has said, it is absolutely wrong for the Accountant General to issue such a threat.

Angel Carbonu said not only is the directive harsh, but one that is also meant to deprive government workers their due for work done.

Speaking on Eyewitness News, Mr. Carbonu said the directive is utterly in bad taste and must be reversed.

“We have received a letter to that effect and I must say that it is displeasing, to say the least. In fact, we have what we call the workman and compensation principle. The principle states that once it is proven that the workman has done his job, it is the duty of the beneficiary of that job to compensate the workman. This penchant of threatening not to pay a worker regardless of whether the worker has done his duty to push through a policy is absolutely wrong, and it ought to stop.”

Government workers risk losing their December 2021 salaries if they have no Ghana card. They have thus been given about a month and a half to register for the Ghana Card or be denied their salaries.

The move is said to be part of the Government of Ghana’s efforts to deliver a speedy, secured, and verified payroll service to government employees and pensioners while reducing the risk of undeserving payments or claims.

But Angel Carbonu maintained that this is incomprehensible.

He added that NAGRAT will soon engage the appropriate authorities to ensure that members are not disadvantaged as a result of the order.

“We will write to them and tell them to stop threatening us with non-payment of salaries that we are due. I am not against the acquisition of the Ghana card but the way they are going about it is absolutely wrong, so they should stop those things”, Mr. Carbonu stressed.

Meanwhile, the National Identification Authority (NIA) has justified the directive saying, it is a step in the right direction.

“These are conversations that have been ongoing with all other institutions whose services will border on Ghana card going forward. If you look at the L. I 211 of the National identification Act 2012, it provides 14 mandatory uses of the Ghana card so the controller and accountant general’s department come under the public or government services. So as long as they must prove the identity of the individual, it is the Ghana card that will be demanded. So yes, we are at that point where Controller feels that it is time that we roll out this particular aspect,” he explained.