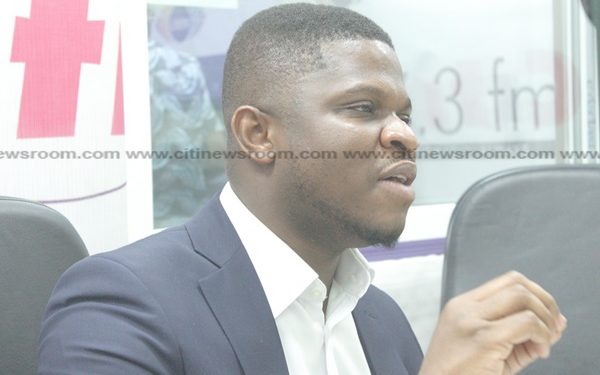 Communications Officer of the opposition National Democratic Congress (NDC), Sammy Gyamfi has taken on the government over the planned removal of the Price Stabilization and Recovery Levies (PRSL) on some petroleum products.

The National Petroleum Authority (NPA) had disclosed that President Akufo-Addo had approved the removal of the PRSL on petrol, diesel, and LPG for two months.

It explained that the approval followed its advice to the Energy Minister for the government’s intervention to mitigate the impact of rising prices of petroleum products on the world market on consumers.

However, the much-anticipated suspension of the levy in the price build-up of fuel at the pumps is yet to take effect even as the second pricing window commences because Parliament is yet to give the NPA the approval needed to scrap the levy.

According to Sammy Gyamfi, the intervention is very insignificant given the huge public outcry for a substantial reduction in the price of petroleum products.

Speaking on Eyewitness News, the NDC’s Communication Officer criticized the government, saying, the move is an “insult to the sensibilities of suffering Ghanaians. ”

“They have introduced a lot of taxes, and it is too much. The PSRL is 16 pesewas per litre of petrol and 14 pesewas per litre of diesel. They are saying they are going to suspend this levy for two months. When this takes effect, what it will do is that it will bring the price of a gallon of fuel by 64 psesewas. In only ten months, they have increased the price of a gallon of petrol and diesel by almost GH¢10. Ghanaians are crying for significant reductions, and then you give them a paltry amount of 63 pesewas. Come on; that’s an insult”, he stressed.

Fuel prices went up over the weekend after similar increases in previous weeks. This has led to complaints about hardships from Ghanaians.

A litre of petrol and diesel is now selling at GH¢6.80 at the various filling stations.

To this end, the NDC says the Nana Akufo-Addo government does not care about the plight of Ghanaians in the wake of a surge in prices of petroleum products.

Sammy Gyamfi at an earlier media engagement attributed the prevailing hardships to “callousness and insensitivity on the part of the NPP government”.

He said the increases were the result of the introduction of a raft of taxes targeted at shoring up the government’s finances and the depreciation in the value of the cedi.

Mr. Gyamfi noted that the fuel price increments mirrored increments in the prices of several items on the market, and wondered what had become of the promise by the NPP to move from taxation to production?

He said the economy was in shambles despite the “availability of an unprecedented inflow of resources” and charged the government to “sit up and stabilize the Ghana cedi through prudent economic management to stabilize fuel prices”.

“Permit me to state from the word go, that the Akufo-Addo/Bawumia-NPP government has shown itself to be callous and does not appear a give a hoot about the plight of Ghanaians. Otherwise, what can be the justification for the rampant and persistent increases in fuel prices we are witnessing in Ghana today?”

The NDC attributed these increases to new “draconian taxes on petroleum products such as; the introduction of 20 pesewas Energy Sector Levy on every liter of diesel and petrol; the increase of 18 pesewas in ESLA per Kilogram of LPG; the introduction of a 10 pesewas sanitation (“borla”) tax on every liter of diesel and petrol; the introduction of a 1% COVID levy on NHIL & VAT, by the Akufo-Addo/Bawumia/NPP government, coupled with the free-fall of the Ghana Cedi which has been occasioned by their gross economic mismanagement, are the major factors responsible for the persistent and steep increase in the prices of fuel products.”

It thus wants President Nana Addo Dankwa Akufo-Addo to immediately reduce fuel prices in the country. This the party suggested could be done by the government by scrapping some of the taxes slapped on petroleum products.

“We wish to call on the Akufo-Addo/Bawumia/NPP government, to scrap some of the unnecessary taxes they have heaped on the price build-up of petroleum products to drastically reduce same,” he said.