UNODC, CEMLAWS Africa commend Nigeria, others for efforts in fight against maritime crime 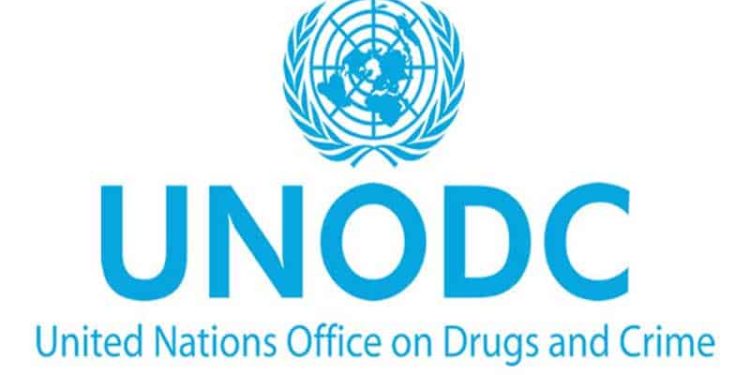 The United Nations Office on Drugs and Crime (UNODC) and the Centre for Maritime Law and Security (CEMLAWS) Africa have commended the Government of Nigeria, Nigerian Maritime Administration and Safety Agency (NIMASA) and the Nigerian Navy for their sustained efforts in the fight against maritime crime, during the opening of a four-day Inter-Agency Expert Consultative Dialogue Session in Lagos, on the implementation plan of Nigeria’s draft National Maritime Strategy organized with funding from the Danish Government and technical support from CEMLAWS Africa.

CEMLAWS Africa, a Ghana-based think-tank, was actively engaged in the dialogue sessions, providing technical expert support in the unique case of Nigeria while also facilitating the process through lessons shared from experiences and insights from the Ghana National Integrated Maritime Strategy (NIMS) process.

The Government of Nigeria had in 2015 inaugurated a committee made up of several maritime stakeholders within the public and private spheres to work on drafting a National Maritime Strategy.

The vision of the National Maritime Strategy is to support Nigeria’s economic prosperity, growth and development through the sustainable use of the nation’s maritime resources in a safe and secure environment.

The event provides a platform to undertake a proper articulation of the implementation framework and to obtain practical consensus on the institutional arrangement for the operationalization of the National Maritime Strategy.

The Country Representative of the UNODC Nigeria, Oliver Stolpe in his opening remarks noted that according to the first six-month report of the International Maritime Bureau (IMB) for 2021 released in July, there has been an overall decline in reported incidents in the Gulf of Guinea which was attributed to the sustained and collective efforts of the regional and international navies, regional organizations as well as national maritime security agencies.

Mr. Stolpe commended in particular the efforts of the Federal Government of Nigeria through the Integrated National Security and Waterways Protection Infrastructure also called the Deep Blue Project being implemented by the Nigerian Maritime Administration and Safety Agency (NIMASA) as well as the Nigerian Navy’s increased presence within the maritime domain. He assured the Government of Nigeria of UNODC’S continued commitment and support in the process of ensuring that the maritime security strategy is in place and operational.

In his opening remarks, the Danish Ambassador to Nigeria, H.E Sune Krogstrup, stated that under the Danish Gulf of Guinea Maritime Security Programme, the Danish Government is currently supporting programmes for longer-term institutional strengthening of maritime governance through intensified regional capabilities as well as capacities for maritime domain awareness and response. He mentioned that the development of national maritime strategies is key to long term maritime governance, noting that where security is guaranteed, cost is reduced, and economic development is enhanced.

The representative of the Honourable Minister of Defence, Utsu Peter Ashibel, Director Airforce Ministry of Defence, stated that the maritime environment provides a critical pathway for international commerce and socio-economic interaction between many countries in the world. He further stated that the maritime domain serves as a gateway for the importation of goods into Nigeria and other landlocked countries in West Africa. He mentioned the commitment of Nigeria and other Gulf of Guinea member states aimed at improving safety and security in the region; adding that the Deep Blue Project and the investment in the acquisition of more patrol vessels and aircraft for the Nigerian Navy were an attestation to this commitment on the part of Nigeria.

He expressed confidence that the Inter Agency Expert Consultative Dialogue Session will provide the deliberative platform for a clear articulation process for an effective implementation plan for the draft National Maritime Strategy, identify areas of collaboration among relevant stakeholders and further enhance its implementation framework.

The draft National Maritime Strategy was concluded in 2019. It is currently awaiting approval by the Federal Executive Council (FEC). The UNODC and CEMLAWS Africa remain committed to supporting the strengthening of strategic approaches to maritime security in Nigeria and the Gulf of Guinea.