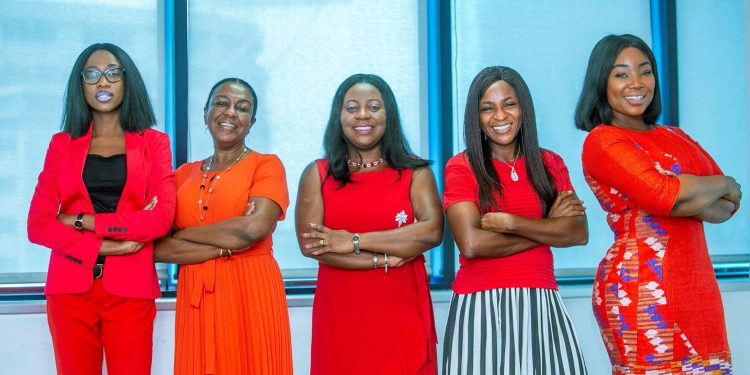 Vodafone Ghana topped the list of winners at the Instinct Women Excellence Awards, with five prestigious awards, including the Gender-Oriented Company of the Year.

Vodafone was celebrated for leading the diversity and equality agenda in Ghana with its various initiatives. Vodafone’s female executives also received various awards for their excellence and leadership in various fields, as well as their contribution and commitment to the cause of ensuring equal opportunity, empowerment, and adequate representation of women.

Ashiokai Akrong, Vodafone’s Human Resource Director, won the Outstanding Contribution to Human Resource award. The Director of Vodafone Business, Tawa Bolarin, was honoured as the Outstanding Woman in Telecom Enterprise; Geta Striggner-Quartey, the Director in charge of Legal and External Affairs, was honoured for her leadership in Sustainability and Charitable Giving; and the Director of Digital Transformation and Commercial Operations, Angela Mensah-Poku, won the award for Excellence in Digital Innovation.

The telecommunications giant’s passion and relentless commitment to championing this agenda is unquestionable, as the brand and its leadership have been deliberate and consistent in their approach to gender issues. Besides leading the clarion call for gender-balance and diversity, Vodafone exemplifies gender inclusivity through its actions and policies.

In line with its commitment to help increase female participation in Science, Technology, Engineering, and Maths (STEM) programmes and careers, Vodafone has various initiatives that offer experiential training in coding, robotics, and many information communication technologies (ICT) models annually for girls, from the basic to the tertiary level of education.

Vodafone Ghana also gives brilliant girls perusing engineering at the university level, the opportunity to have their internships as well as job opportunities with the organisation via its Female Engineering Student Sponsorship Programme (FESSP).

Vodafone’s female executives are living the examples of girls supporting girls to succeed. In addition to organising mentoring sessions to encourage and guide young girls to aspire for greatness, Vodafone’s female leadership has taken mentorship a notch-higher by scheduling one-on-ones with female mentees, whose growth and performance are tracked and assessed periodically.

The Instinct Woman Excellence Awards is a prestigious award that celebrates the achievements of women in business, finance, sport, entertainment, media, arts, culture, philanthropic and visionary fields in Africa.