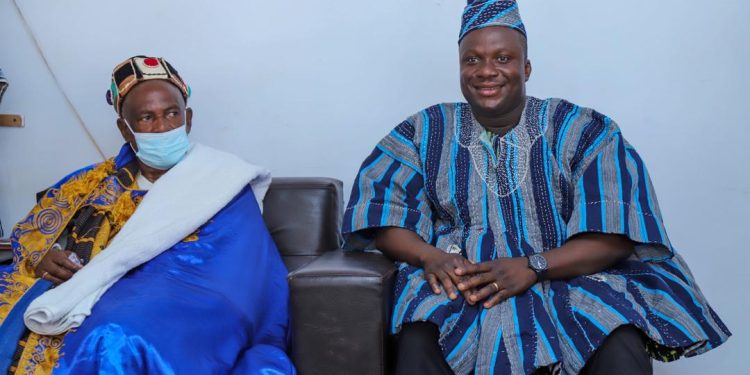 The Overlord of the Wala traditional area, Waa Naa Alhaji Fuseini Seidu Pelpuo IV, has commended the Minister for Lands and Natural Resources for some initiatives introduced in the sector.

“I find your policy on the Green Ghana Project and your resilience towards the fight against illegal mining and the harvesting of Rosewood as not just apt, but also timely,” he said.

He said this when the Minister paid a courtesy call on him at his palace in Wa on Thursday, 7th October 2021.

He added that since the Minister’s assumption of office, he has demonstrated competence, zeal and tenacity to deliver on the mandate assigned him by the President of the Republic, Nana Addo Dankwa Akufo-Addo as Lands and Natural Resources Minister.

The Waa Naa, therefore, reaffirmed the resolve of the traditional authorities in the area to support and collaborate with him on his journey.

He however outlined some challenges his community is facing and explained that aside illegal mining, the issue of land dispute, indiscriminate sale of unutilised government lands are also a matter of great concern. 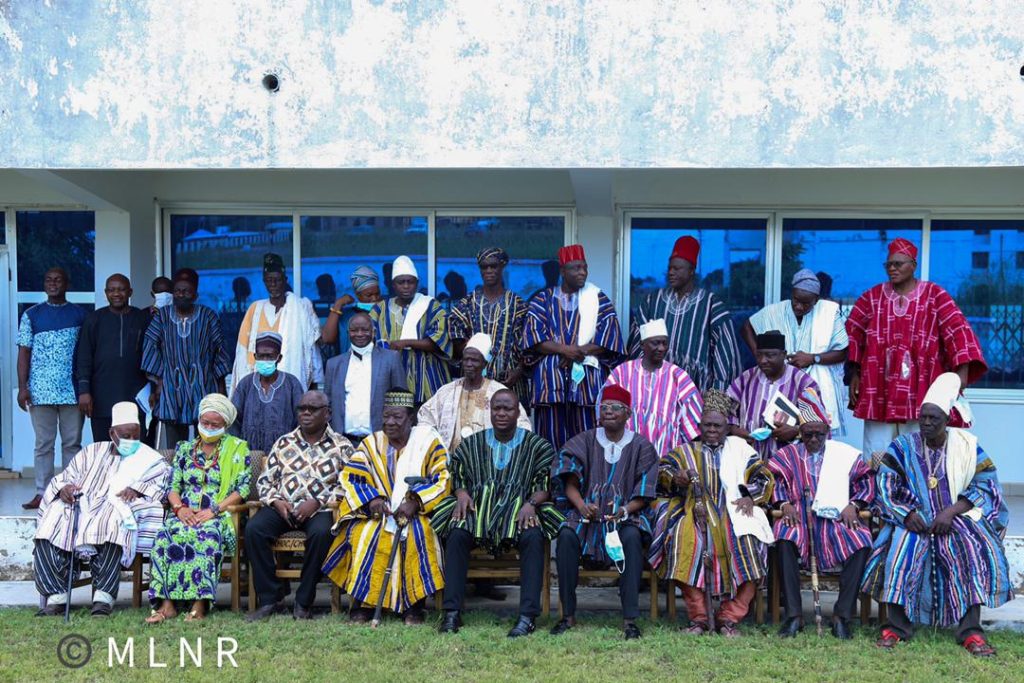 He, therefore, appealed to the Minister to help resolve these challenges.

On his part, the Land Minister called on the House of Chiefs to assist REGSEC and the Regional Minister to protect the natural resources.

The Minister announced that government will soon introduce a Community Mining Scheme in the Region to promote responsible mining among the youth.

Speaking on deforestation in the northern belt of Ghana, he said the Savannah geological belt risk deforestation and called for swift action to halt the situation.

He said “The corporation of the traditional authorities is therefore key to halt the harvesting, trading and export of Rosewood in the locality”.

He expressed his appreciation to the Waa Naa for his kind words of encouragement and for the opportunity given him to interact him and his subjects.

Hon. Jinapor pledged to work together with all stakeholders to bring lasting solutions to the challenges outlined.

Some of us cannot be excited talking about ‘dictatorial Nkrumah’ – Hackman