#WAI: 12 drivers arrested on Frafraha-Dodowa road to be arraigned today 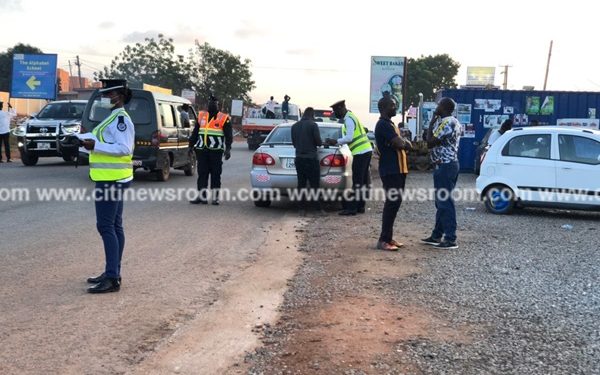 12 motorists who were apprehended by the Police MTTD for various road infractions last Friday, October 15, 2021, will be arraigned today.

The errant drivers were captured for infractions such as driving against traffic, using the shoulder of the road and failing to display number plates on vehicles.

The 12 drivers were arrested during Citi TV’s road safety campaign dubbed War Against Indiscipline on the Frafraha-Dodowa stretch in Accra.

Director in charge of Operations at the Central Police MTTD, ASP Richard Nyarko, says no excuse is justifiable for disregarding road regulations.

“These are some excuses that are given to the police anytime we come in contact with some members of the driving public and that is why we do random checks mostly and for any errant driver we meet, we first demand for his licence to see whether he is licensed to drive.”