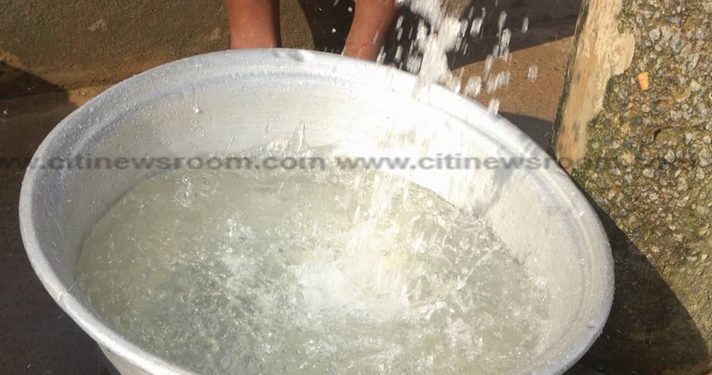 The Weija water treatment plant has been temporarily shut down to allow for some maintenance work on one of its major pipelines.

This comes after authorities noticed that a part of the pipeline has burst at Djaman near Gbawe in the Greater Accra Region.

The incident occurred on Saturday, October 9, 2021, and officials of the Ghana Water Company Limited say their engineers are currently on-site to fix the issue.

“We regret to inform you that there has been an emergency shutdown of the Weija Treatment Plant this morning, Saturday 9th October, as a result of a burst on a major pipeline in Djaman near Gbawe. Our Engineers are on-site to fix the fault and the work is expected to be completed by close of day today,” a notice from the company said.

Last month, a 5-day water cut saw residents complain about the inconvenience they had to go through.

Some residents indicated that they had to depend on streams that flow through the community for survival, but that could only be used for bathing.

The water supply interruption was to allow engineers to replace some faulty valves on the main 900 mm transmission pipeline, which impedes water flow and causes serious challenges in the distribution lines.

It was also to afford them the opportunity to mend some leakages on the line.