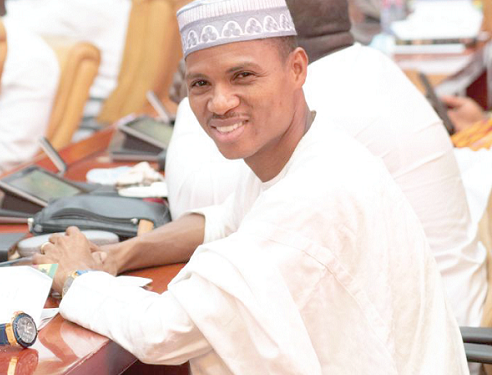 The Member of Parliament (MP) for Madina, Francis Xavier-Sosu has rescheduled his intended demonstration over deplorable roads in the constituency to Monday, October 25, 2021.

This follows police correspondence that it cannot provide security for the demonstration during its initial set date of October 18, 2021.

The police said the protest must be deferred to a later date due to the upcoming Ghana School of Law students’ demonstration and the Regional tour by President Nana Addo Dankwa Akufo-Addo.

“I refer to your letter dated 11 October 2021, your notice of public protest and demonstration in accordance with Section [1] of the Public Order Act, 1994 [Act491]. We humbly wish you re-schedule your intended public protest to Monday 25th October 2021 to enable us to provide you with maximum security”, the police said in a statement.

In a separate memo, the MP acknowledged the concerns raised by the police and promised to act accordingly.

“Being committed to the cause of the Law Students and also hopeful that the President’s tour will take him through some of the bad roads in Madina for him not to be surprised at our upcoming demonstration, I advise the Chiefs and Elders and people of Ayi Mensah, Kweiman, Danfa, Adoteiman, Otinbi and Amrahia to reschedule the demonstration.”

The MP had emphasized that the demonstration in the constituency was to bring the government’s attention to the poor nature of the road network in the communities and how dire the situation was having a toll on community life.

He said, residents and motorists, have had to deal with the situation for years and cannot fathom why the constituency has been left out of benefitting from a fair share of national development.

For him, the protest will drum home their demands and compel the government to quickly step in.

Whenever there is a downpour, parts of the Madina constituency continue to flood due to clogged drains, roads become unmotorable and in some cases, residents have to suffer long hours of traffic gridlock.