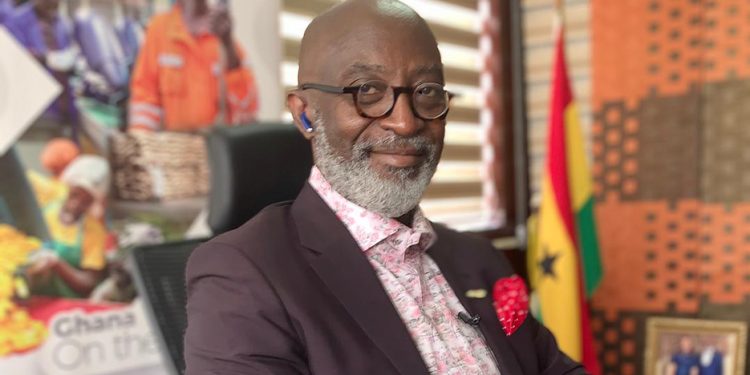 The Ghana Investment Promotion Centre (GIPC) has extended hearty congratulations to its Chief Executive Officer (CEO), Yofi Grant for his reelection as the Director for Sub-Saharan Africa on the Steering Committee for the World Association of Investment Promotion Agencies (WAIPA).

The Centre says the re-election is a testament to its firm belief in collaboration and cooperation among African Investment Promotion Agencies (IPAs).

It is also optimistic that with this renewed term, the Association, under the direction of Mr. Grant, will” build on previous successes and further collaborate with other international agencies to strengthen and raise the standing of African IPAs.”

In a statement to announce and congratulate Yofi Grant, management of the GIPC also assured of making greater efforts to attract investments that have positive economic, social, and environmental outcomes in Africa in line with the Sustainable Development Goals. 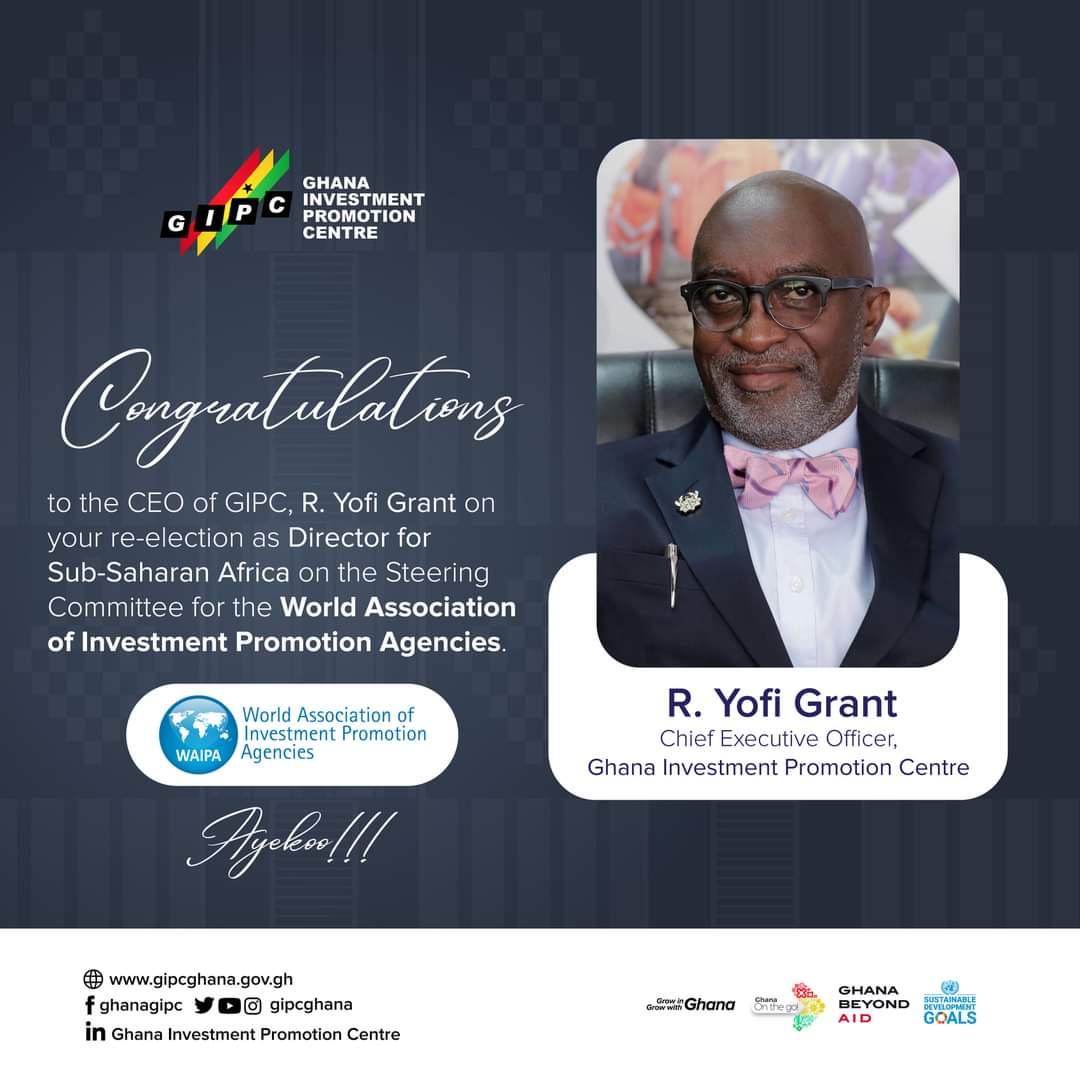 Yofi Grant is a Ghanaian investment banker with over 30 years of extensive work experience in banking and finance.

He has served in various capacities in corporate finance and advisory, corporate banking, and marketing.

He has broad knowledge and great exposure in the African financial markets and has cultivated strong relationships with international private equity funds, portfolio and investment managers, and brokerage funds.

He was appointed the CEO of GIPC in 2017 by President Nana Akufo-Addo.

Yofi is a council member of the Continental Business Network of the African Union, which advises African governments on private sector finance and infrastructure. He has served in many directorship roles in both the public and private sectors.

In 2009, he served as the Executive Director for Business Development for the entire Databank Group.

He is a board member of the Organization of African, Caribbean and Pacific States, OACPS’ Endowment and Trust Fund (ETF).

Mr. Grant was a consultant on finance and business for the Africa Asia Business Forum (AABF) organized by the UNDP which run workshops in 12 African countries and six Asian countries in 2002. Additionally, he has been in senior advisory roles and led many of the groundbreaking transactions in the Ghanaian and other African capital markets

The World Association of Investment Promotion Agencies (WAIPA) was created in 1995.

It was established as an association under Swiss law.

It has been registered in Geneva, as a non-governmental organization. From its very inception, WAIPA has represented an ever-growing number of member agencies.

WAIPA has always dedicated, and continues to dedicate, time and effort towards building the human resources capacity of its Member agencies.

Membership is open to any agency, government body, or entity whose prime function is “to promote any country, political subdivision of a country or other uncontested territory, as a destination for, or as a source of investments”.