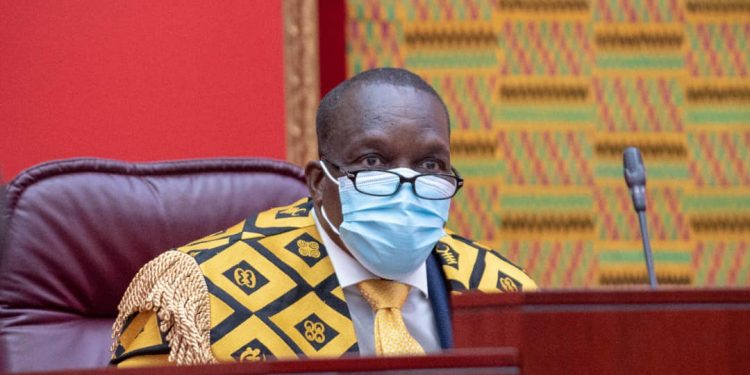 The Speaker of Parliament, Alban Bagbin is expected to leave the country today, Saturday, November 27, 2021, for a medical review in Dubai in the United Arab Emirates (UAE).

A statement to the Head of Ghana’s Mission in the UAE and sighted by citinewsroom.com confirmed Mr. Bagbin’s intended travel.

The letter from Sheba Nana Osei Afriyie, Head, Parliamentary Relations and Protocol, said the Speaker will depart Accra later in the evening of Saturday and return on December 14, 2021.

Mr. Bagbin will be accompanied by his wife, Mrs. Alice Adjua Yornas, Head of Parliamentary clinic, Dr. Prince Kofi Pambo, the Speaker’s Secretary, and his aide.

His travel comes barely a day after he presided over Parliament’s chaotic developments that saw the Members of the Majority side of Parliament staging a walkout during processes to approve the 2022 budget and the House’s subsequent rejection of same.

The budget was subsequently rejected by parliamentarians.

According to the Constitution, a Deputy Speaker of Parliament is expected to act in the absence of the Speaker. 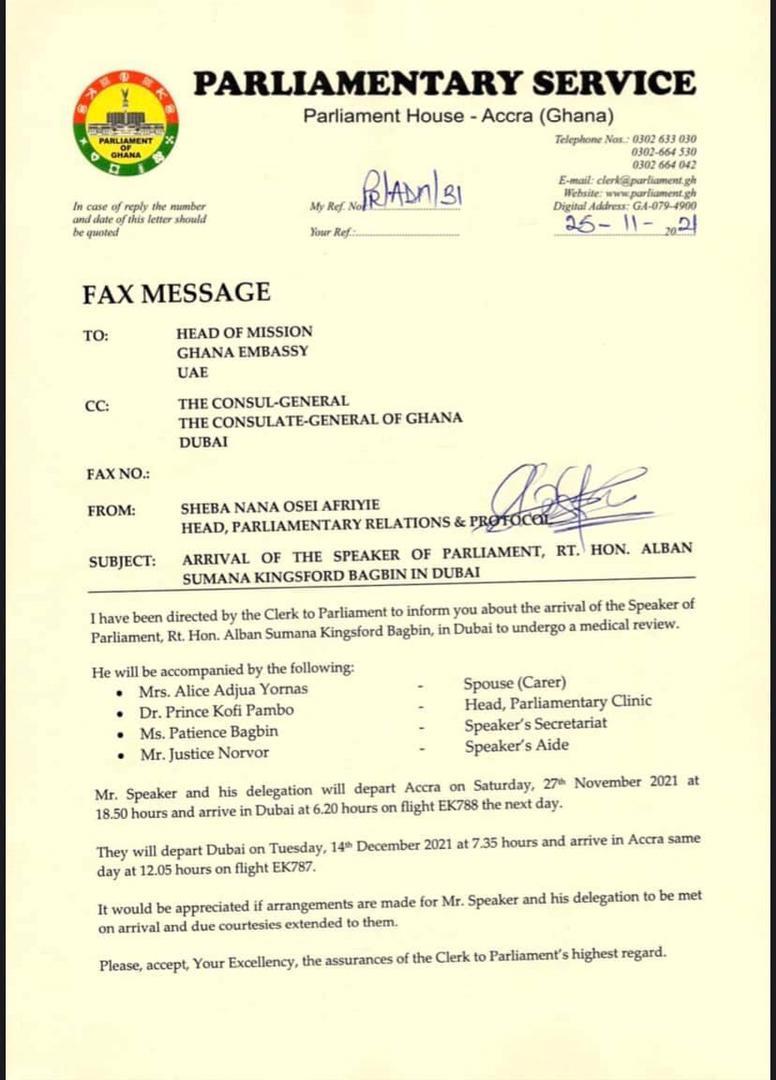