One suspected armed robber has been arrested by police in the Ashanti Region.

Three other suspects have also been gunned down during a shoot-out after the police undertook an intelligence-led operation in the region last Thursday, November 4, 2021.

In a statement, the police said, based on intel of a planned attack on a businessman at Buokom Estate, the Regional Police Anti-robbery Taskforce personnel mounted a search and screening operation.

During the search, the four suspects who were in a car attempted to fire at the personnel; the officers fired back, leading to the gunshot wounds on the three suspects, who later died at the Komfo Anokye Teaching Hospital.

Meanwhile, the Police have recovered a pump-action gun, one revolver pistol, one locally manufactured pistol, one dagger, two black hoods, two pairs of scissors, and a quantity of dried leaves suspected to be cannabis.

“As we seek to combat crime in our communities and make it an unattractive venture, we will continue to count on the support and help of the public”, the police added in the Harris. 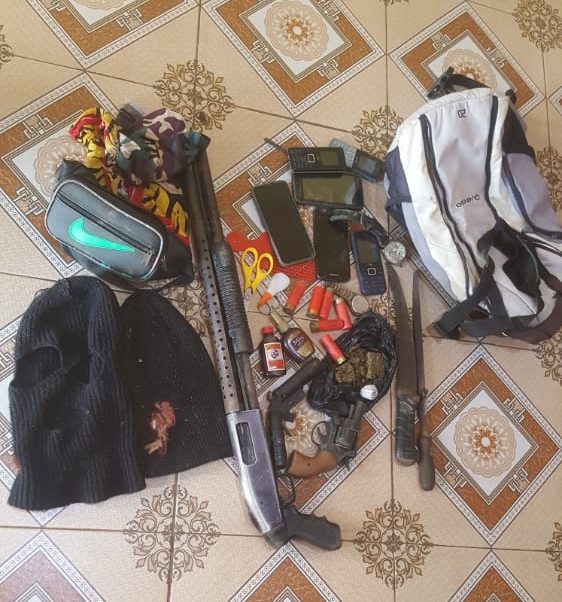 The Ghana Police Service as a matter of urgency has introduced urgent additional security measures in the wake of a spike in robbery incidents in parts of the country.

Following the seeming surge in robberies in Ghana, the Ghana Police Service has said its personnel are working tirelessly to bring an end to the criminal activities in the country.