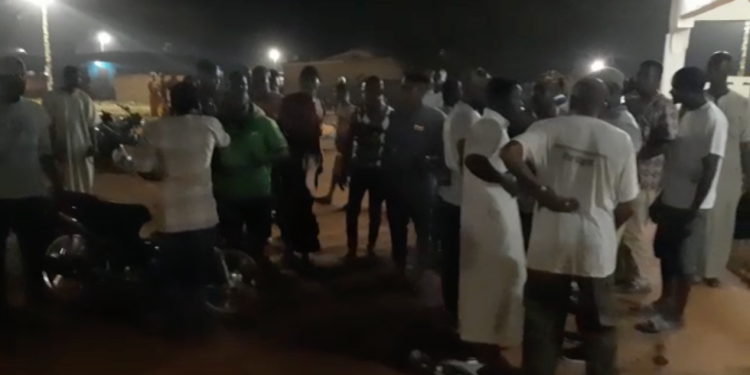 The family of the man who was last night shot by the military in Bimbilla is demanding justice for the victim.

The injured victim, Fusheini Osman, is said to have been allegedly shot by a soldier in Bimbilla and was transferred to Tamale Teaching Hospital.

The incident caused uproar in the area, with some youth going on a rampage, but Citi News can report that calm has now returned.

Though the victim, Fusheini Osman, is in stable condition, the family is demanding that the culprit be brought to book.

Amidu Tahidu, the brother of the victim, spoke to Citi News.

“I want to find out what the guy really did before he was shot. I also want to know the identity of the man who authorized him to shoot. Obviously, we cannot do anything to him, but we want to know what has brought about all these. I need justice, the man should be brought to book, they shouldn’t leave him free.”

The victim was allegedly shot by a military officer on Tuesday night. The security guard was said to be on a motorbike when he was shot in the stomach.

He was sent to the Bimbilla Hospital and later transferred to Tamale. The incident angered residents in the town who massed up at the hospital threatening to demonstrate against the military.

There has been heavy deployment of the military in Bimbilla town recently, leading to tensions among residents.

Residents are questioning the presence of the security, saying they do not know why there has been such heavy deployment in the town.

Bimbilla has been a security hotspot over the years.

Meanwhile, when Citi News contacted the police, they declined to speak, except to say that the shooting was an accident.

STEM conference to be held at AICC