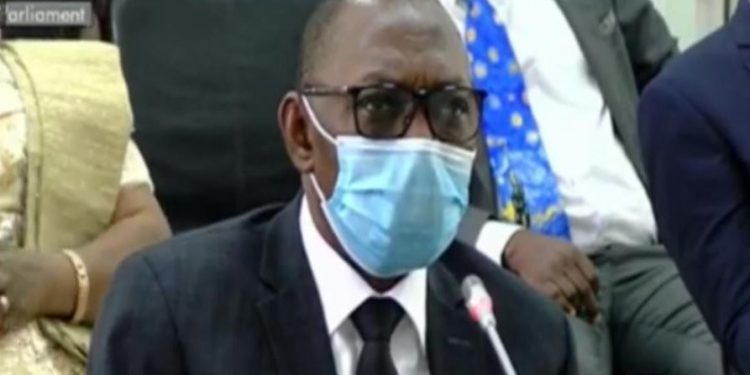 The Association of Magistrates and Judges of Ghana has jumped to the defence of Justice Clemence Honyenuga, a Justice of the Supreme Court whose neutrality is being challenged by a defendant in an ongoing case.

The Association describes the allegations as malicious lies aimed at tarnishing his reputation and scandalizing the judiciary.

The association says it has taken note of allegations on social media that Justice Honyenuga had received two new V8 vehicles from President Akufo-Addo, with the aim of influencing his judgment in the Opuni and Seidu Agongo case.

Messers Agongo and Opuni are standing trial for allegedly causing financial loss of more than GH¢271.3 million to the state in a series of deals.

President of the Association, Justice Henry Kwofie, told journalists in Accra that the allegations are aimed at causing disaffection against the entire judiciary.

“This allegation, which is being thrown around all over the place especially on social media, we find extremely malicious, unfounded, and we see it as a deliberate attempt to cause disaffection for Justice Honyenuga, to His Lordship, the Chief Justice, and the judiciary in general, and we take a strong exception, and we also see it as an attempt to scandalize the judiciary, and we take a strong exception to it.”

He was however restored to the case after an appeal by the Attorney General.

The opposition National Democratic Congress (NDC), has described the Supreme Court’s decision to restore Justice Clemence Honynuga as a trial judge in the prosecution of Opuni and Seidu Agongo case as a travesty of justice.

In an eight-page statement, the party said Mr. Opuni was being denied justice because “the State has been given an advantage that has been denied the accused persons.”

“The excluded exhibits supported the case of Dr. Stephen Kwabena Opuni, Seidu Agongo and Agricult, as they demonstrated the falsity of the claims of the prosecution that the lithovit fertilizer COCOBOD purchased from Agricult was not of good quality,” the NDC contended.

“Strangely, similar exhibits tendered through the same investigator through whom the 18 excluded exhibits were tendered and which suggested that lithovit fertilizer was inefficaciously retained by the Judge without proferring any justification for his unequal and partial treatment of the exhibits that were adduced in evidence in identical circumstances.”