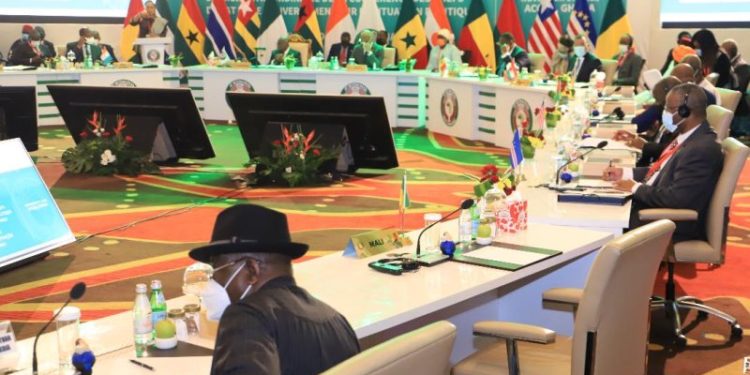 The Economic Community of West African States (ECOWAS) has imposed sanctions on individuals and groups who have been identified as obstructing the move by the bloc to restore democratic rule to Mali.

The sanctions, which include travel bans and freeze of financial assets, apply to the entire members of the transitional authorities and transition institutions, as well as members of their families.

The Authority in a Communiqué issued after its extraordinary meeting in Accra on Sunday said the sanctions were a result of the inability of the Malian authorities to keep to the February 27, 2022 deadline for elections.

It thus called on the African Union, the European Union, the United Nations, bilateral and other multilateral partners to endorse and support the implementations of the sanctions.

On the political situation in Guinea, the Authority urged the transition authorities to urgently submit a detailed timetable of activities to be carried out under the transition towards the holding of elections.

The bloc maintained the sanctions earlier taken against members of the military junta and their families until constitutional is restored.