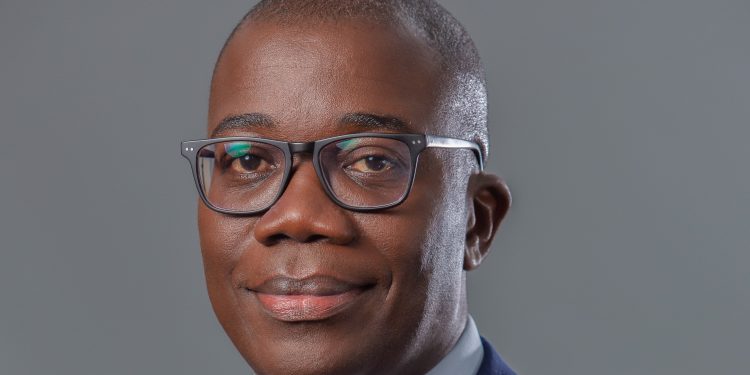 Ghana’s largest privately-owned bank, Fidelity Bank Ghana is set to roll out a series of impactful social initiatives to mark its 15th-anniversary celebrations. The Bank, which is renowned for its innovative services, top-notch customer service and its leading role in driving the financial inclusion agenda, has amassed several achievements and gained prominence as one of the most respected brands in the Ghanaian financial services industry since it was licensed as a Bank on October 6, 2006.

Announcing the impending anniversary celebrations in a special message of appreciation to the bank’s various stakeholders, Mr. Edward Effah, Board Chairman and Founder of Fidelity Bank Ghana, said: “As we celebrate 15 years of excellence and industry-leading innovation, I want to take this opportunity to express my heartfelt gratitude to the giants who have lifted Fidelity Bank Ghana to success.”

He expressed gratitude to customers, board members, shareholders and the regulator, Bank of Ghana for their tremendous support, trust and guidance.

“I want to assure everyone that Fidelity Bank will keep striving to provide value to all our stakeholders, and we will continue to contribute towards the development of the banking industry as well as the economy of Ghana,” Mr. Effah stated.

Managing Director of Fidelity Bank, Julian Opuni also expressed similar sentiments in a separate anniversary message to the bank’s customers, employees and other stakeholders. He further indicated the bank’s intention to give back to society during the milestone celebrations. He stated “from humble beginnings 15 years ago, Fidelity Bank has grown from strength to strength to become a tier-one bank in Ghana, and has gone further to birth two formidable subsidiaries, Fidelity Asia Bank in Malaysia and Fidelity Securities Limited, our asset management firm.”

“We dedicate all our success and awards to you, our loyal customers and partners. As a sign of our immense gratitude; we have chosen to celebrate this momentous anniversary by giving back to you, to society and to the nation as a whole. In the coming months, we will be launching a variety of social impact initiatives as a way of saying thank you for your continued support. Think of it as our love letter to Ghana, to express our heartfelt appreciation for the enduring support that has elevated our bank to remarkable levels of excellence,” he disclosed.

Undergirded by a socially conscious business philosophy, Fidelity Bank has continued to leverage strategic partnerships and disruptive digital technology to foster its vision of attaining business growth while providing maximum value to customers. Most notably, the Bank continues to expand its digital footprint with a growing portfolio of locally and globally relevant assets including the Fidelity Mobile App, Fidelity Online Banking, Fidelity USSD, Fidelity’s online account opening portal, Fidelity’s POS system and of course, Kukua, Fidelity’s WhatsApp Banking Assistant, among many others.

The Bank has also established a reputation for engaging with stakeholders and partners to implement pertinent and impactful social welfare interventions. Most recently, the bank supported the construction of the Ghana Infectious Disease Centre with a donation of GH¢1,000,000. The centre has since played a major role in Ghana’s largely successful response to the COVID-19 pandemic. The Bank has also enacted a Malaria Prevention Fundraising program, supported the launch of the Korle-Bu Critical Care Fund; sponsored training programs for disabled persons; and partnered with development-oriented NGOs including USAID, Financial Sector Deepening Africa, GIZ, Solidaridad and SNV to impact rural lives with financial services and to provide valuable medical guidance and treatment in the areas of mental health, tuberculosis, HIV, family planning, hypertension and diabetes, among others.

Considering Fidelity Bank’s sterling social impact track record, the announcement that its 15th-anniversary celebration will revolve around a massive social impact drive is bound to be received with expectancy by customers and the general public.

Further details of the year-long anniversary program are to be unveiled in the coming weeks.