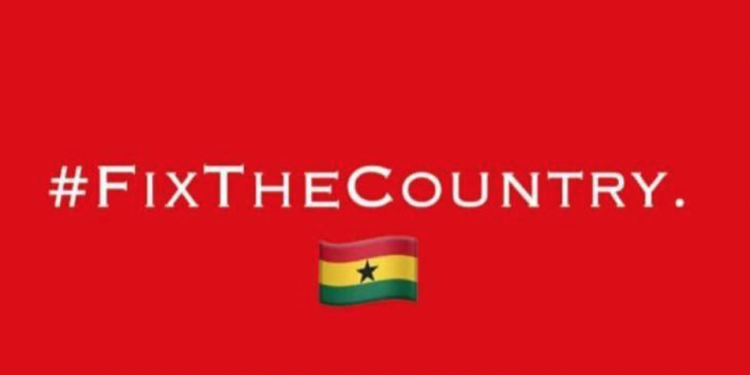 Convenors of the FixTheCountry Movement will later today, Monday, November 22, meet the Police ahead of their planned demonstration on Friday, November 26.

The protest is to express their displeasure with the 2022 budget particularly the 1.75% e-levy imposed on electronic transactions.

In August, the group organized a massive demonstration to drum home concerns of the state of the economy after several failed attempts to protest.

One of the organisers of the Fix the country movement, Hardi Yakubu, told Citi News they want explanations from the government on how previous taxes have been put to use.

“We are mobilizing citizens to exercise their displeasure about the 2022 budget. We want to bring that displeasure to bear on the powers that be in our quest to prevent the government from compounding the frustration and suffering that the people of Ghana are already bearing.”

“Fuel prices have gone up 15 times this year and that has led to an increase in foods and basic goods. The 2022 budget instead of announcing measures to cushion Ghanaians rather introduces measures that will compound the problem and that is why it is necessary to highlight how this is objectionable by the people,” he said.

The presentation of the 2022 budget the Fiinance Minister, Ken Ofori-Atta, has been greeted with mixed reactions with majority of Ghanaians lamenting especially about the introduction of the 1.75% tax on all digital financial transactions.

Ken Ofori-Atta was hopeful that the proposal will come into full force from February 2022.

Parliament ‘fights’ Ofori-Atta over budgetary allocation to the House