GES interdicts headmaster over drowning of students in Oti river 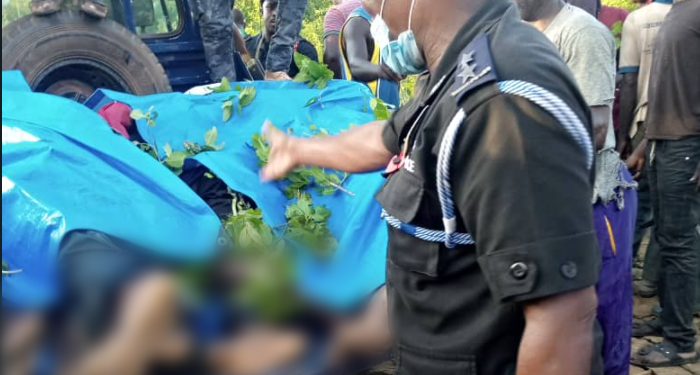 The Ghana Education Service (GES) has interdicted the headteacher of the St. Charles Junior High School, Chingya Emmanuel Kwabena in Saboba in the Northern Region over the drowning of students he had sent to work on his private farm.

GES in a letter, said the headteacher would remain interdicted until a final determination is made on the matter by the police.

The Saboba District Police Command is investigating Chingya Emmanuel over the drowning incident.

The headteacher is reported to have sent about 30 of his students to his farm, but a canoe they were in capsized. Some of the students swam to safety.

The bodies of nine of the pupils were later retrieved and deposited at the Yendi Hospital morgue for preservation and autopsy.

“Following the incident leading to the death of nine students of St. Charles Lwanga Junior High School in Saboba in the Northern Region on Friday, 12th November 2021, the Director-General of the Ghana Education Service has directed that you should be interdicted forthwith pending the final determination of the matter by the Police,” the GES letter said.

The GES said the headteacher “must handover all official/school property in your custody to the District Director of Education, Saboba with immediate effect.” 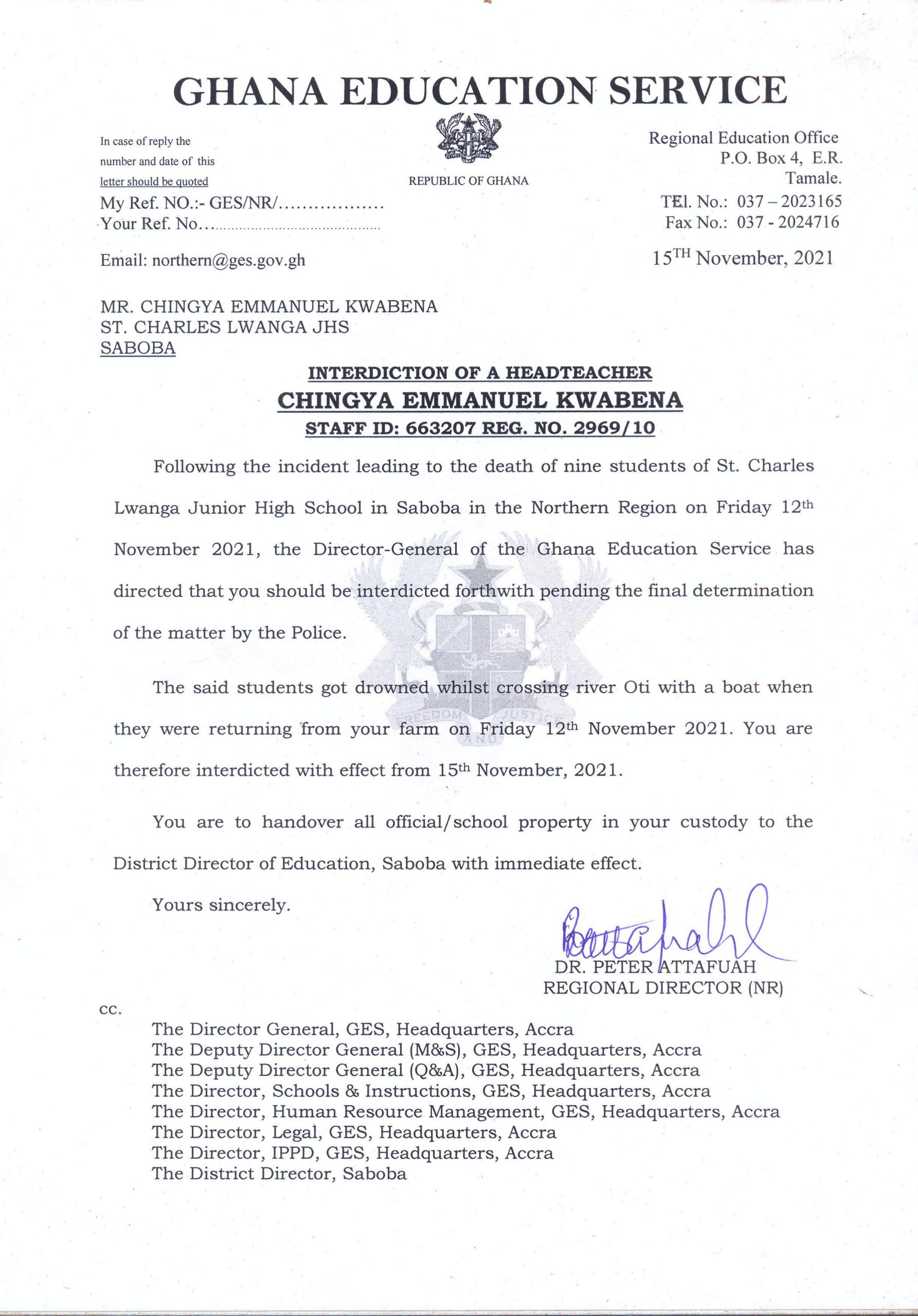 Redeemer Buatsi writes: Taxing our taxes; the reality of the 2022 budget

Redeemer Buatsi writes: Taxing our taxes; the reality of the 2022 budget