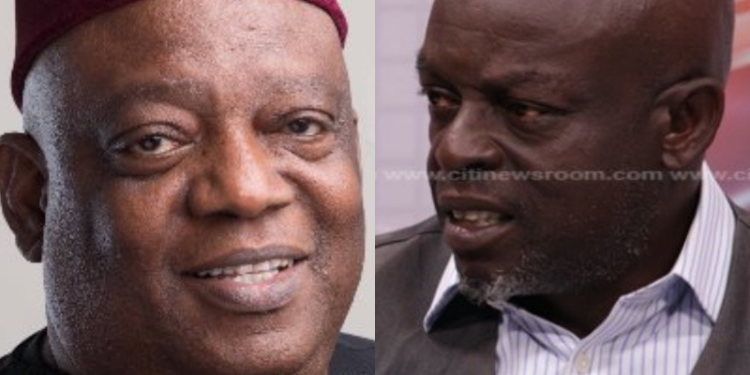 Economic analysts want Ghanaians to lower their expectations of freebies in the 2022 budget expected to be presented before Parliament on Wednesday, November 17, 2021.

According to them, this is due to the fact that the Ghanaian economy at the moment is broke.

The Director of Business Operations at Dalex Finance, Joe Jackson, and the Editor of the Goldstreet Business newspaper, Toma Imihere on Point of View on Monday, said the economy is in a dire situation, and that urgent steps must be taken to inject capital to sustain it.

According to Joe Jackson, the inadequacy of revenues raised, high debt servicing rate, and the huge borrowing of the government makes it difficult to announce interventions meant to cushion citizens.

He said with the markets now reluctant to lend to Ghana on the basis of the dire economic situation the country finds itself in, the 2022 budget must focus on increasing investor confidence and impressing upon lenders that Ghana is doing its best to stabilize the economy.

He said in order to raise more revenue, the government must go beyond the digitization drive, and broaden the tax net, and introduce progressive taxes that levy the wealthy and luxury.

He also kicked against the tax exemptions granted private companies in the country, stating that it affects government’s revenue generation drive.

“The mere fact of identifying somebody, although it is excellent, will not solve the problem. Unless someone is willing to follow up and ensure the taxes are collected. The taxes should be such that the rich pays more… These tax exemptions are troublesome,” he indicated.

Meanwhile, Toma Imihere said Ghana’s reputation on the bond market has waned and steps must be taken to restore investor confidence in the country’s economy.

He said Ghana’s recent adventure on the bond market did not turn out well and with very little the government can do about it, it must consider other domestic options to get enough revenue to finance its planned projects and service its growing debts.

“Even the willingness of people to lend to us is gone. When went to the bond market in March, we said we were going to take $5 billion dollars if the price was right, eventually, we were offered $6 billion dollars but the problem was that half of it, the prices, the interest rate was too high for us so we got only $3 billion. The government said it was oversubscribed but that is not true,” he said.

He accused the government of failing to go after the elite and political class to raise revenue to fix the dire circumstances of the economy and instead introducing taxes that make the poor worse of.

“Our political elites are self-serving. The people who set the tax laws don’t want to put taxes where they will pay more,” he observed.

The Minister for Finance, Ken Ofori-Atta is expected to deliver the 2022 national budget to parliament on November 17, 2021.

Before the budget is read, there are already several demands on things the government must do including demands from aggrieved Menzgold customers for a relief package for them in the budget.