Ghana is not free from external security threats – Kan Dapaah 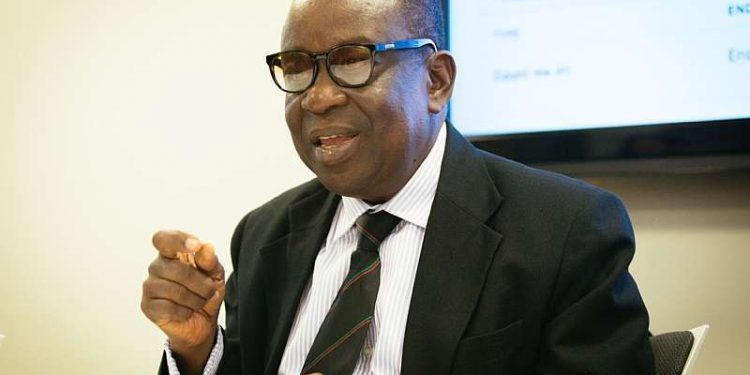 The Minister for National Security, Albert Kan Dapaah, says there is a need to urgently fight external security threats in the country.

According to him, threats such as cybersecurity and terrorism if not handled as a matter of urgency can have dire consequences on the country’s security.

Speaking during a sensitization workshop on national security for the Parliamentary Select Committee on Defense and Interior, the Minister said the national security strategy document if implemented will serve as a roadmap to identify and help fight these threats.

He added that, with other West African countries facing challenges of security threats, Ghana shouldn’t be unconcerned because the country could also be attacked anytime.

“All of a sudden cybersecurity has become a major challenge. And did we even believe that terrorism could be as much a problem as it is today. Today, all over the region, West Africa is under attack. And those of us who have not been attacked should not deceive ourselves into thinking that we would not be attacked.”

The Vice Chair of the Defense Committee of Parliament, Ophelia Mensah, on her part said the committee is determined to ensure the full implementation of the national security strategy document.

“The fact that it was referred to us and we did not sit ideal to wait for it to be debated in parliament but we waited to come to meet the minister and his experts to educate us more on it for us to get informed so that we can debate on it, should tell you we are determined to implement it. It is the first of its kind that has been initiated for the country’s security.”

“So, we are determined to see to it that it is adapted and implemented. Look around you among the subregions, there are a lot of issues ongoing. So we want to adapt this strategy document for national security for generations to come and use it”.

Morever, the Ministry of National Security has also partnered the Ghana Bar Association to help in the execution of the national security strategy document that will protect the country against external threats.

Pledging its support to ensure full implementation of the strategy document, the Ghana Bar Association also urged the government to see to it that the document “does not suffer the fate of most policy documents in the country which is bad implementation”.