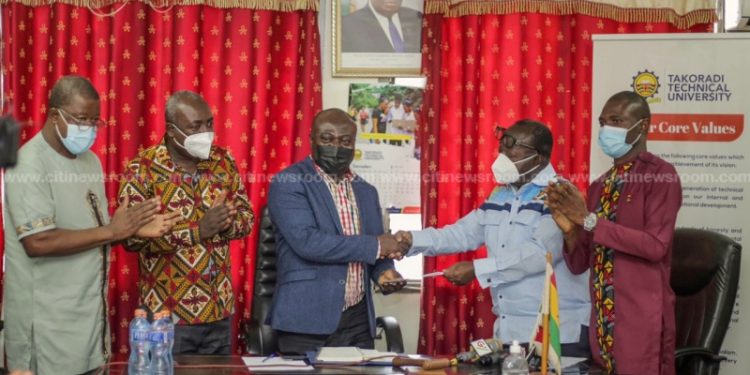 The GNPC Foundation has presented a cheque of GH¢344,991 to sponsor 40 staff of the Takoradi Technical University for further studies.

The Chairman of the Board of Directors of the Ghana National Petroleum Corporation, Freddie Blay, a former lecturer at TTU, presented the cheque to the leadership of the university. 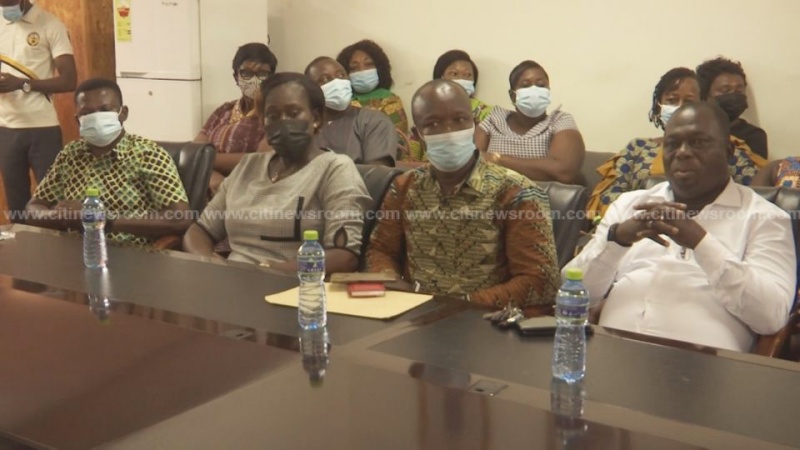 “We would have loved to do more because you (TTU) are within the enclave of the oil-producing region and GNPC is the umbrella under which all of this is happening and you must benefit from it. It was a pity for me some time ago when I heard that some of your staff were downgraded after an assessment due to the conversion from polytechnic to technical university hence we must help you upgrade. We thought we could sponsor all the funding for the upgrading but was not possible. So we decided that as much as 60% of the upgrading of the staff should be taken up,” he said.

Freddie Blay who is the Chairman of the governing New Patriotic Party also said TTU being at the hub of Ghana’s oil and gas industry deserves every support from GNPC.

“We are ready to help and be partners to technical education which will bring about development. Such support will push the economy of this country and I appreciate the good efforts of the university. You wanted to put up a Petroleum Centre which you have brought us a proposal and GNPC Board have positively considered that one as well. Next year, GNPC is putting up the Petroleum Centre so that we find more petroleum,” he added. 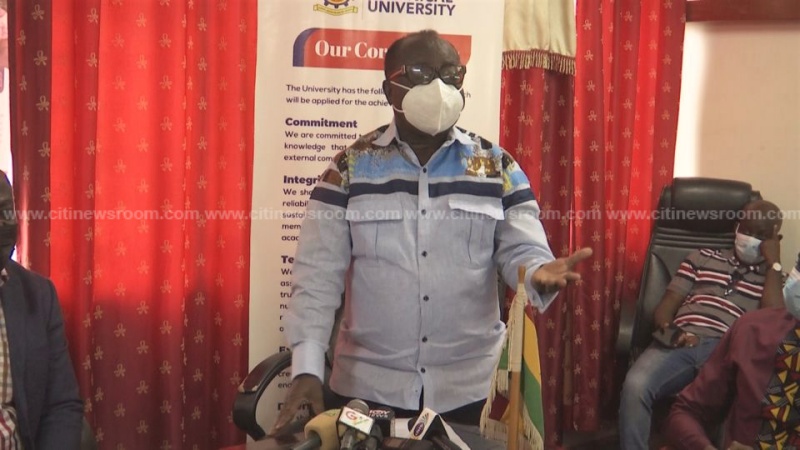 The Executive Director of the GNPC Foundation, Dr. Dominic Eduah, said GNPC is currently dealing with 30 institutions in Ghana and TTU is one institution with a greater share of its scholarship. 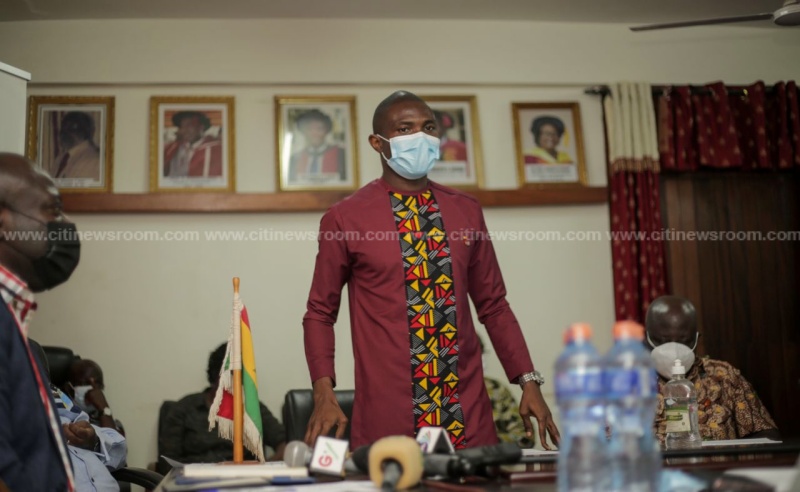 “We received the request from TTU to help and as far as GNPC is concerned, we are in to impact lives and the best way to do that is through education. That’s why among the 3 pillars we are dealing with, education and training is cardinal. Under the education and training unit, we have given scholarships to Ghanaian students. Since 2017, GNPC Foundation has awarded 5,852 scholarships to Ghanaian students across the country. Out of 5,852 awards given, my data shows that TTU has gotten 395. It is a significant percentage as far as the number is concerned. It shows our commitment to TTU,” he said.

The Vice-Chancellor of Takoradi Technical University, Rev. Prof. John Frank Eshun, while receiving the cheque on behalf of the beneficiary staff, thanked GNPC Foundation for its help to assist TTU to equip staff to fulfil its mandate. 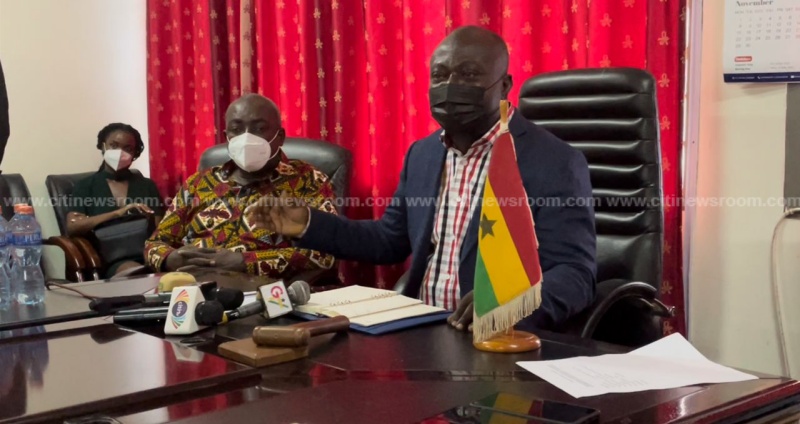 “We needed to upgrade our staff as a converted university but could not do it because of the finances involved in the training. So we decided to look for partners, and we found the GNPC Foundation, who have come to our aid to help us to upgrade some of our staff. We are grateful to the GNPC Foundation for responding to our request that we made to them and I believe going forward, you are going to do more for us. This is because we are still in the process of upgrading our staff to meet the challenges that we are facing as a technical university, and Takoradi Technical University is the biggest technical university in Ghana. We have a lot of students that we also need to train to be able to take up the responsibilities in the near future. So your support is a great relief to us because we cannot do it alone. We have tried, but there are more staff that we need to upgrade,” he said.

The 40 TTU staff beneficiaries of the GNPC scholarships expressed gratitude to GNPC and promised to merit the funding.