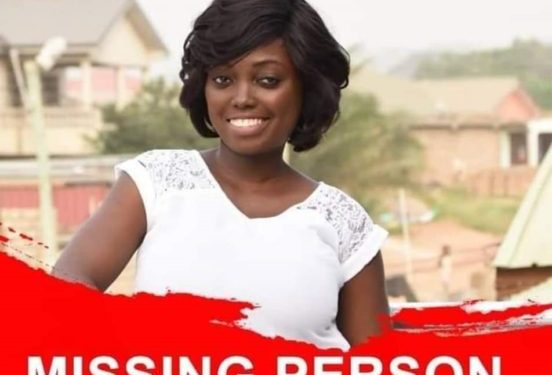 A lecturer at the Kwame Nkrumah University of Science and Technology (KNUST) who has been remanded into police custody over his alleged involvement in the disappearance of his wife, has admitted to sending messages about her alleged abduction from the wife’s phone.

The police say Dr. Wilberforce Aggrey disclosed to them that he was forced to send those messages to his phone and family members of his wife by someone called ‘Rukie’, who had threatened to harm his family.

The police added that the accused stated that he had to take his wife away to a place closer to the Volta lake to ensure she is safe.

The accused, Dr. Wilberforce Aggrey, on 2nd September 2021 reported to the police that his wife, Rhodaline Amoah-Darko had been kidnapped from their home around KNUST, as he had received some text messages.

Police then began investigations into it. Investigations however revealed that the messages that were sent from Rhodaline’s phone to some family members and friends, including her husband, were sent from the KNUST campus closer to the house of the accused person (the husband).

As a result of this, Dr. Wilberforce Aggrey was arrested on 6th October 2021 to assist with investigations.

The police say in his caution statement, he admitted to sending those messages through his wife’s phone.

The accused person, however, says he does not know the whereabouts of the victim’s phone.

He has also not been able to disclose the location of his wife to the police. The police have thus charged him provisionally with kidnapping.

He is expected to reappear before the court on 26th November 2021.