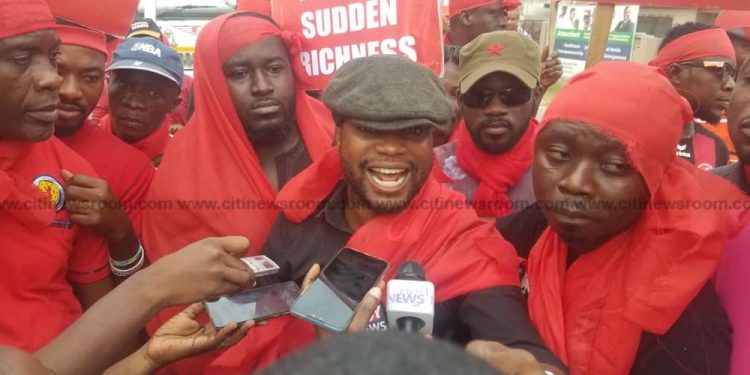 Customers of the defunct Menzgold Dealership Company Limited are calling on the government to factor their locked-up cash in the 2022 budget statement.

The group wants President Nana Addo Dankwa Akufo-Addo to direct the Finance Minister to make an allocation to them in the financial document.

The Minister of Finance, Ken Ofori-Atta is expected to present the 2022 budget statement to Parliament next week.

Ahead of this, Fred Forson, spokesperson of the Coalition of Aggrieved Menzgold Customers wants the government to do something about their situation since they lack confidence that the Chief Executive Officer of defunct Menzgold, Nana Appiah Mensah popularly known as NAM 1 will pay them their monies.

“We are asking that it is an opportune time for the state to take up the payment of locked up money for Menzgold customers to enable us to resolve this issue once and for all. The President should instruct the Finance Minister that the locked up investment of Mangold customers should be included in the 2022 budget”,  he said.

Menzgold was asked to suspend its gold trading operations with the public by the Securities and Exchange Commission (SEC) about three years ago.

They are also unhappy about the delay in the prosecution of Menzgold’s CEO, Nana Appiah Mensah.

Parliament is yet to investigate the closure of the company three years after its collapse.

The Finance Minister, Ken Ofori–Atta, had earlier stated that government will not pay customers of Menzgold.

Mr. Ofori-Atta said the customers of Menzgold were driven by greed, since the returns on investment promised by the company were unrealistic.

“As we try to clean up the financial services centre, I know the SEC has come down hard, strong, and justifiably on Menzgold. But the issue with a company of Menzgold…it’s become an issue of greed as a people and our own behaviour when we are so clear as educated as we might be that when we went there, there was no license.”