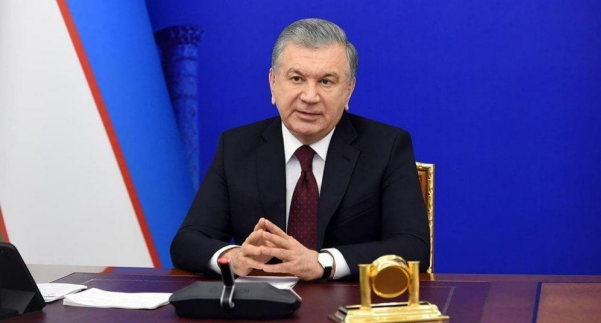 The contemporary world, partly due to new geopolitical realities and partly due to historical evolution, is slowly shedding the mantle of Eurocentrism.

UNESCO plays a leading part in this process through its programme of cultural rapprochement. Both UNESCO and the Government of Uzbekistan, through the Ministries of Culture and Tourism, have taken up the challenge to recognize the place of central Asian cultures at the apex of global cultural achievements by organizing the major forum “Central Asia at the Crossroads of World Civilizations in Khiva on 15th September 2021.

The origin of the proposal was the announcement made by the President of Uzbekistan, Mr. Shavkat Mirziyoyev at the 2020 UN General Assembly.

The choice of Khiva was not accidental, because, together with splendours of Samarkand and Bukhara, this city forms a golden triangle of Uzbek architecture which emanated from what was the greatest empire in the world at the end of the 15th and beginning of 16th century: the legacy of a great warrior and statesman Timur Khan/Tamerlane.

This leader left a huge mark on the history and possibly borders of Europe after his conquest of Turks at Constantinople.

No wonder that some of the finest literary figures and composers in Europe, such as Marlow in literature, and Handel, Vivaldi, Scarlatti and Myslivicek in music, found inspiration for their masterpieces in Tamerlane’s conquests.

True, much blood was spilled on military expeditions from China via India and Persia to Turkey, but he always
spared artists and his reign marked flourishing of priceless architectural wonders in today’s Uzbekistan, as well as sciences, philosophy and literature.

It is therefore little surprising that Uzbek nation is retracing and re-learning history with significant pride in its historic legacy, glorifying the founder of the former empire through countless statues.

Today’s Uzbekistan also finds itself in the epicenter of Silk Road, a major UNESCO program that is gaining strength and is currently being linked with another UNESCO Programme, Dia de Galeon.

Manila Galleon represents a 500 years-old feast of globalization, through circumnavigation, linking Spain in Europe with Mexico in the Americas, and the Philippines in South East Asia, with connection to Africa through Canary Islands.

Taken together, the two UNESCO programmes are a testimony of a great global leap in exchange not only of commercial goods but also knowledge, including the first successful attempt at vaccination in Asia, Europe and the Americas more than 300 years ago. 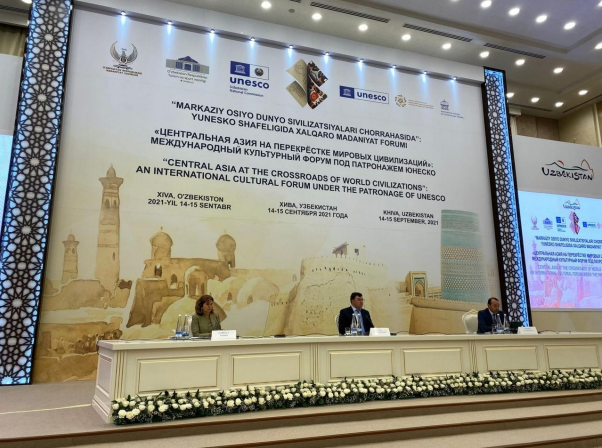 The Khiva September Forum was not simply a space where scholars from many countries exchanged their experiences on different scientific, cultural, and political aspects of central Asia united in their desire to support and promote peace in the region.

It rightly aspired not to remain as a one-off event, but rather metamorphose into a long-term process, known as the Khiva Process under the guidance of countries of the region and UNESCO.

The emphasis in future work was placed on such challenges as COVID-19, children, education, gender equality, and physical and mental health of youth, as well as promotion of sustainable tourism and responding to climate change. Therefore, what started as a timely meeting, will now convert into regular encounters and intercessional work to address the burning issues facing the countries in the region.

Eurasia, Central Asia and Western Asia contain some of the world’s most volatile spots with significant threats to both regional and global peace. It is for this reason that the initiative of the Government of Uzbekistan deserves much praise both as an example of UNESCO’s recently launched Resiliart program, and an effort to serve as an honest broker in the strengthening of peace in the region.